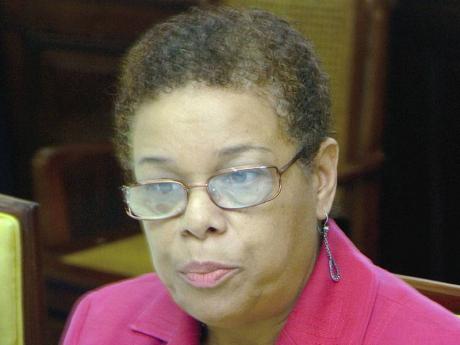 BRENDA RAMSAY will tell you that her entrance into representational politics came as a result of socialisation.

This as her father Hambert James was a councillor for the Kellits division in Clarendon in the 1960s for the People's National Party (PNP).

"I was associated with it (politics) at an early age and it impacted me," Ramsay said. "What I saw him do, the way he helped people and the sort of satisfaction that I got from seeing people being assisted, it motivated me to become involved."

Encouraged by her late husband Hervine who was a caretaker/councillor, Ramsay entered representational politics running against Cecil Charlton, for the Mandeville division. At first, she thought that she had won the election, but after a recount, Charlton came out the victor.

Ramsay then moved on to the Bellefield division and tasted victory in the 1998 local government elections.

She has since built what is seen as a fortress for the PNP in the Bellefield division. In 2007, Ramsay won her third term as councillor as a member of the PNP slate that edged out the JLP eight- seven seats to take the Manchester Parish Council.

She was appointed as the first female mayor for the town of Mandeville, in January 2008.

Commenting on her political achievement over the years, she said, "I have developed a bond with the people, which has resulted in a high level of trust and that is so lacking in the political arena. I am very proud of that. Also, to guide young people that have been going astray, and I have been able to assist in their education and other social development. I have seen people's lives improved because of the infrastructures we have put in."

Ramsay said many of the restrictions the parish council faces are because it does not have the financial backing. "And then there are processes that must be observed from the time of funding to when it is implemented. Many of these cause doubts on the part of citizens."

Looking at what can be done to improve local government, she said, "First of all, there has to be an acceptance that this level of governance is an important and critical one in the running of a country. I don't think many of the citizens appreciate the role of local government. Yet, we are the first persons that they come to when there is a problem. But do they support us prior to us being in place?"

Ramsay will be going up against the JLP's Ian Hibbert for the Bellefield division in the March 26 elections.