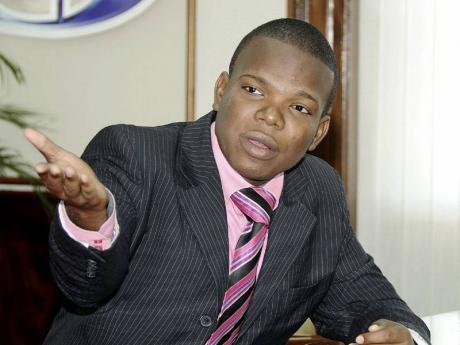 LAST JANUARY, André Stephens, a member of the Jamaica Labour Party's professional affiliate Generation 2000 (G2K), made headlines as part of a group of youth leaders that called for then Youth Minister Olivia 'Babsy' Grange to step aside for her mishandling of the youth portfolio.

His grouse back then was that the needs of Jamaica's youth were not being sufficiently addressed and that youth leaders were not being taken seriously.

The group lamented then that more youth were not involved in the decisionmaking process, and so were in part responsible for their own neglect.

Come Monday, Stephens hopes to change that, by becoming, at 20 years old, one of the youngest-ever elected representative.

He has received the party's nod to bid for the position of JLP councillor for the Waterford division, in St Catherine, a seat which the People's National Party has held for more than 30 years.

But Stephens, a youth parliamentarian, former secondary student council president and current public relations officer of G2K, said the task is not impossible.

"It sounds like a tough task, but it is not. The reality is that I am from the community - I am a Waterford homeboy, he (PNP candidate Fenley Douglas) is not. He is from Hellshire. My style of campaigning, too, has been inclusive, so I am appealing to persons across the divide, and my message resonates across the groups - young people, seniors, working class and middle class."

He said the support has just been overwhelming.

Stephens' break came following the resignation of JLP councillor Major Herman Douglas, in 2011, and following a spate of dismal JLP showings at the polls.

"For a while, no one was interested in the seat because the perception is that it is unwinnable, it is seen as a PNP base."

Currently an international relations student at the University of the West Indies, Mona, in January, he took a six-week break to do groundwork to launch his bid.

"My studies were not seriously affected because I ... kept up with my schoolwork, and for those days when I couldn't be in the community, my management team was still at work."

He said his mother and siblings have been his strongest supporters.

Stephens said his focus will be to strengthen infrastructure and provide facilities to help the youth.

"Come the 27 on being elected councillor, we will begin consultations to see to setting up a community centre. This will accommodate a literacy, IT and homework centre.

We want to see to it that there is a community park in every community, get streetlights in and proper roadways. We want to change the dynamics and implement a system of drain cleaning on a quarterly basis instead of every year."

Meanwhile, other members of G2K set to contest the upcoming local government elections include; Duane Smith, who is seeking to represent the new Chancery Hall division in North West St Andrew. Smith is the son of North West St Andrew MP, Derrick Smith.

Simon Sangster, the G2K Manchester-chapter chairman, is aiming to succeed Sally Porteous as councillor for the Mandeville division in Central Manchester.

G2K president Delano Seiveright said there is a serious need for fresh and bright talent in future elections, more members will represent divisions.