New task force to fight crime from the top 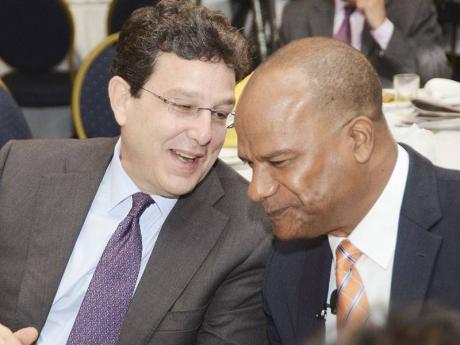 THE NEW multi-agency national security task force, which is being created to go after crime kingpins, should be in place by May.

National Security Minister Peter Bunting on Tuesday announced that the yet-to-be-named task force is well in place and almost ready to go.

According to Bunting, the task force will be given the mandate to go after the persons at the apex of the criminal gangs and the professionals who are aiding the gangsters.

Speaking during the Private Sector Organisation of Jamaica's Chairman's Club Forum, held at The Jamaica Pegasus hotel, New Kingston, on tuesday, Bunting noted that the new task force will not be street level and will include lawyers, forensic accountants and others who will be going after the facilitators of crime.

Bunting has already identified lawyers, real-estate agents and other professionals among the main facilitators of crime.