Hendricks - motivated and ready to lead 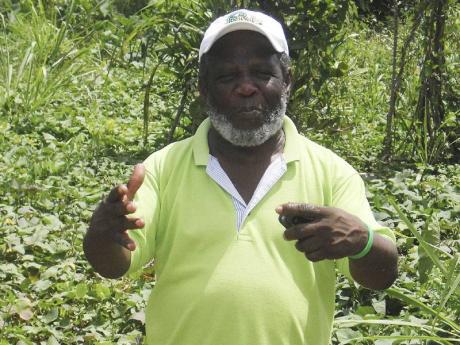 AT AGE 64, Earnest Hendricks, candidate for the Newmarket division, wants to represent the people for at least one more term.

Hendricks' political career started very humbly as a party worker, where he moved up the ranks after his predecessor demitted office.

Since his political sojourn, Hendricks said he has witnessed and helped to initiate a number of changes for the people in his division. One of the biggest changes he has noticed is a shift in the attitude of the electorate who continue to demand optimum performance from their representatives.

He commended this change in ideology, noting that it has allowed for increased performance, which has resulted in greater access to public transportation, electricity and the constant maintenance of the road for the residents in the Newmarket division.

The biggest infrastructural gain that chronicles his journey as a councillor is the transformation of the Lewisville Market.

"When I went to council it (the market) was run by private persons. I have worked very hard for the council to take it over," Hendricks told The Gleaner.

It is a wholesale market and the meeting point for vendors from all over the island to have direct interaction with farmers. He said it is one of the few markets in the parish that generate an income for the parish council.

Despite the evolvement of local government operations, Hendricks said a number of things have remained stagnant. He expressed concern about the inadequate budget. He lamented that he has always had to represent the people with the "scarce benefits" that he gets from the council.

The councillor also expressed displeasure at the time it takes to implement some projects. He told The Gleaner that he has been trying to get a processing plant and packaging house for pineapples, produced in large quantities in Ginger Hill and surrounding areas for quite a while. "We have been trying, but it still has not come through. It is still in the pipeline," Hendricks said.

Convinced of a win, the councillor affirmed that based on the voting trends, he was not worried about the upcoming elections. He said, "Traditionally, Newmarket has been represented by the JLP, there is no way that the PNP will win."

As a resident of the division, he is sure that his campaigning strategies, such as house-to-house visits, performance and maintaining a presence in the area, will ensure victory over the PNP's Cyril Martin.

In the simplest of terms, he explained that his motivation for running was because "I am always with the people. They need me and I am always there for them." He promised that when he wins his "representation is going to be more rigorous".

After the elections, Hendricks "hopes to see projects that were started under the JLP to be continued, no matter who wins the majority seat at the council."