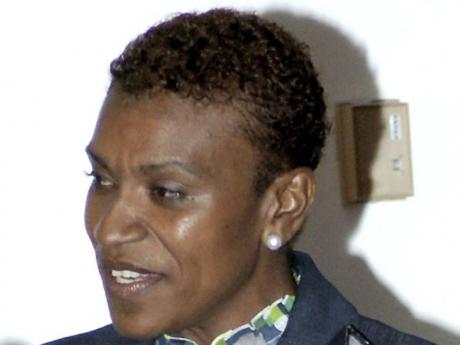 As a result, most of the grandstand tickets for Friday, March 30 and Saturday, March 31 are all but gone.

Colleen Montaque, chairperson of the ISSA, revealed that only a few grandstand tickets for Friday are available, exactly how many she was unable to say. Tickets, she said, go on sale again once the championships begin on March 28 and can be had at the same locations where they were being sold last weekend - National Stadium ticket booth, Manchester High School, St Elizabeth Technical High School, and Cornwall College. The booths will be open from as early as 7 a.m. and remain so all day.

"I am encouraging people to come and get those bleacher tickets," she said, noting that patrons don't want to miss the opening ceremony set for 5:15 p.m. on the Friday.

On Saturday morning also, even though competition does not begin until 1 p.m., the fun zone will be open from as early as 10 a.m. so patrons are being encouraged to go early to enjoy the activities.

Montaque reminded out-of-town patrons that the championships can also be experienced at Manchester High School in Mandeville via big-screen television sets. The school is set to host students from schools in central Jamaica, who will not be able to make it to the National Stadium.