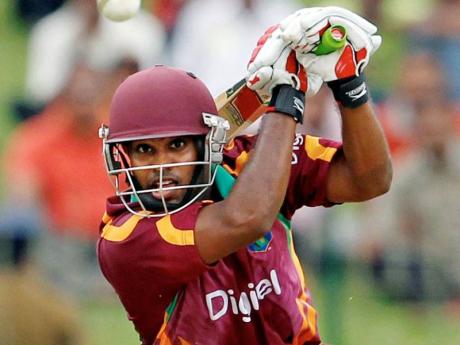 Fit-again Adrian Barath has replaced out-of-form left-hander Kieran Powell in the only change to the 13-man West Indies squad for the last two one-day internationals (ODI) of the five-match series against Australia.

Barath was yesterday named in the Windies squad and will join his teammates in St Lucia for the last two ODIs of the series tomorrow and Sunday.

The 22-year-old Powell struggled at the top of the order in the three matches over the last week, managing just 20 runs from his three innings.

The 21-year-old right-hander averages 28 from 12 ODIs, with one century.

The series is level at 1-1 after West Indies lost the opening game by 64 runs last Friday and won the second by five wickets last Sunday.