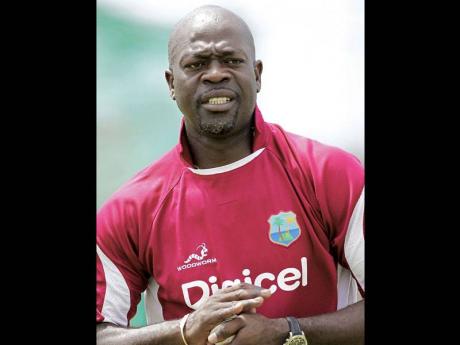 West Indies head coach Ottis Gibson has labelled Tuesday's dramatic tie with Australia in the third one-day international (ODI) as "a sickening blow", but says the team's valiant fightback from a near-hopeless position was testimony to their growing character.

Chasing 221 for victory, West Indies rebounded from 78 for five in the 21st over and then 117 for six in the 29th, to miraculously level the scores with three balls left in the game at Arnos Vale.

However, the last-wicket pair of captain Darren Sammy and Kemar Roach were then involved in a horrible mix-up over a quick single off the next ball, with Sammy eventually run out.

"Sometimes there are no words. Having said that, we're very disappointed not to have won, but at the same time we didn't lose so the series is still very much alive going into St Lucia with two games to play. But everyone in the dressing room, I can tell you, is hurting quite badly," Gibson told reporters.

"From 78 for five - I think we were - to get it down to the last over, and for the captain to play so well in that last over and then for that run out to happen at that time is a sickening blow for us, but we'll pick ourselves up knowing that we didn't lose the game.

"We know we've given the Aussies a good fight over the last three games and I'm sure they will have a little bit of respect for what they've seen on the field as well."

Ironically, Gibson said the squad had rehearsed similar scenarios during the recent two-week training camp in Barbados, in preparation for the series.

"We practised a lot of ... scenarios and, interestingly, the last one was (batting) in the last five, six overs when we only needed about six an over ... and it came down to that," Gibson explained.

"And the one thing we said we didn't want to happen in the last over was a run-out, and the run-out is exactly what happened."

He added: "But again, people panic under pressure sometimes and you need cool heads. Unfortunately, Kemar and Sammy weren't able to keep cool heads at that moment ... the big focus for us is the fact that from 75 for five, many West Indies teams in the recent past, and even when I first got here, would have folded for 120, 130.

"So for us to bat that well ... and get the game down to the last over is a credit to our lower order."