Coffee Board pays down debt as sales improve 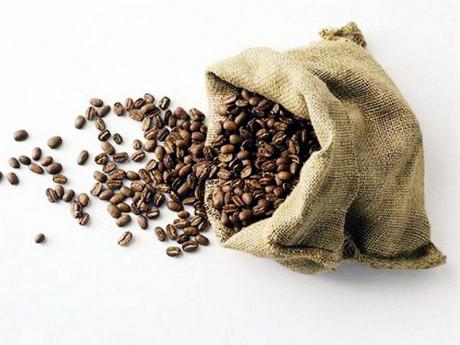 The Coffee Industry Board expected the sector to turn over US$11.76 million (J$1.02 billion) for the crop year in 2011, but did 54 per cent better than expected.

Christopher Gentles, director general of the Coffee industry Board, said export sales amounted to US$18.1 million (J$1.57b) - enough to pay back two loans that were tapped one year ago to keep the struggling sector afloat.

The Coffee Board said it is on track to repay the J$145m loan from the Development Bank of Jamaica and the US$880,000 (J$74.8 million) borrowed from from EXIM Bank Jamaica, in full, by the end of March.

The amount borrowed was less than the J$310.5-million facility opened for coffee purchase by the state lenders in February last year.

And, even though dealers have spent a good portion of their revenue paying back the loan secured through the CIB to buy coffee for the period under review, the 2011-2012 crop year is likely to be free of similar cash flow problems, Gentles said.

Additionally, the divestment of one of the biggest dealers, that Mavis Bank Coffee Factory's operations, to the Jamaica Producers/Pan Jamaican consortium has freed the board of having to make purchases on Mavis Bank's behalf.

"Cherry coffee is now being purchased without the use of government facilities. There are also lower supplies and no evidence of significant price increases," the director general said.

The J$310m loan facility was granted to the Coffee Board at a time when major players Wallenford and Mavis Bank Coffee Factory - both controlled by DBJ - were struggling and unable to borrow. Wallenford is also up for sale and the bids are now being reviewed.

As originally agreed with the state lenders, the drawdowns from the DBJ - J$214 million in total at 10 per cent interest per annum - would be repaid in one bullet payment of principal and interest in nine months, with potential for extension to one year, while the EXIM loan of US$1.064 million was priced at 7.5 per cent per annum and due for repayment over nine months.

The Coffee Board then was projecting sales of J$850 million to J$1 billion, and the agency committed 60 per cent of the proceeds from bean sales would go directly to the banks as repayment.

To date, the board said it has repaid approximately J$146m, including a J$40m payment to the DBJ on March 16.

"These funds represented payments for the sale of the second shipment of green beans to the People's Republic of China worth US$436,000, as well as sales of exportable coffee to the major coffee roasters for the reorganised local market for Jamaican coffee," said Gentles.

"All the coffee from the 2010-11 crop has been sold, with some small amount of overhang at some coffee dealers, and at this point in time the coffee industry has exported some 709.8 tonnes of Jamaican coffee worth US$18.1 million."

Close to 80 tonnes of exportable-grade coffee was also sold on the local market, he said, adding that the sales performance has re-energised producers.

"There is virtually no overhang, and several coffee dealers have been aggressively pursuing the crop this year," he said.

The increased confidence in the ability to market the crop, new markets, and lower inventories in established markets, indicate that the Jamaican coffee industry is headed towards a "recovery phase", Gentles said.

"The revenue from these shipments have come in handy to pay down the loan to the Coffee Industry Board from the DBJ and EXIM Bank," Gentles said.

Coffee Board says that over 40 tonnes of Blue Mountain and Jamaica High Mountain green beans were sold on the local market at approximately 10 per cent below the usual recommended base prices in order to realise cash flows and reduce the lag time to pay farmers payments.

The state-run Coffee Board oversees quality and standards, as well as the commercial operations of the sector.

The industry's US$18.1m sales performance is still its lowest in over a decade. Export sales reached US$33.8m in 2009.