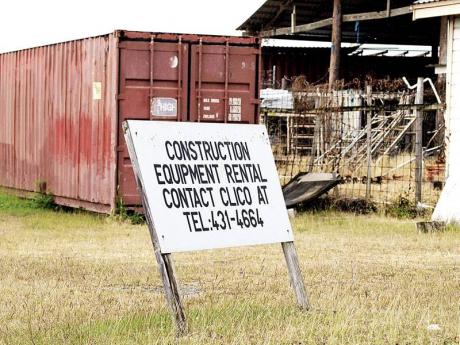 Last week we were able to consider the timing of responses to financial crises.

The conclusion is clear: responses are swift when crisis threatens the workings of the entire financial system.

A further element we might include is the impact insolvency in major parts of the financial system would have on the population at large. The two cases of relatively swift response adhere to this rule.

In Jamaica, the indigenous financial-services sector held 60 per cent of the country's savings; 90 per cent of life insurance policy contracts; and 75 per cent of all pension funds.

Contemplating a Jamaica left to cope with nuking and vapourising these assets as an unavoidable reality, I find the most vivid imagination one might summon to be entirely deficient!

Although not as calamitous, the situation in Trinidad and Tobago in January 2009 with CL Financial's collapse was similar. The relevant authorities had to act.

So why did the authorities in Barbados and the Organisation of Eastern Caribbean States (OECS) not act as quickly? Short answer: financial Armageddon was not imminently to be unleashed upon the land.

CLICO in Barbados, although it dabbled in real estate development and speculation, heavy equipment rental and owned a mortgage bank, did not include in its stables a bank or building society.

Its reach, though substantial, was never as widespread as its parent in Trinidad and Tobago or that of the indigenous financial-services sector in Jamaica. As a result, its demise never threatened either to cripple the banking system and/or unleash social protest and upheaval as it did in Jamaica.

With respect to the OECS, the issues are a bit different.

CLICO and CL Financial as well as British-American Insurance Company (BAICO) are offshore entities doing business in the OECS territories.

But this action was not taken by the OECS. It could not be. Indeed, the situation remains alarming.

Former Permanent Secretary in the Barbados Finance Ministry William Layne indicates that the "estimated deficit of BAICO Barbados is some Bds$48.1 million as at September 2010, according to the judicial manager."

On the other hand, "BAICO in the OECS has an estimated deficit of US$388 million." True to form, as was abundantly the case in Jamaica, real estate assets are being carried on the company's books at significantly inflated values not realisable upon sale at fair market value.

Very early in the unfolding crisis, I suggested a regional response would be optimal.

At a public lecture at the Barbados Central Bank auditorium, a retired, well-respected legal luminary said that was impossible - the law does not allow it.

There is no way the OECS can make whole the population at risk on its own. These funds were garnered in their countries from their populations and carted away, principally for speculative investment elsewhere. Morality and equity, admittedly non-existent in the corporate view of these matters, dictate that this burden be shared.

Certainly the Trinidad and Tobago government, and its people, providing initial sustenance and institutional support for CLICO and CL Financial, benefited immensely from these companies' operations.

Once implemented early enough, basic accounting and auditing processes would suffice to determine the actual extent of asset holes where they existed. Were this not so, it would mean, as in the case of ENRON, that significant planning went into accounting camouflage!

With that hurdle successfully negotiated, it would then require hard-nosed negotiation to figure out who would foot the bill - share the burden. A quicker, more orderly solution could have been found. Sparrow's "dog-eat-dog and survival of the fittest" did not have to prevail.

Finally, we come to depth of response. After Wall Street's 2008 meltdown, the National Commission on the Causes of the Financial and Economic Crisis in the United States was created.

The Commission looked at the question: "how did it come to pass that in 2008 our nation was forced to choose between two stark and painful alternatives - either risk the total collapse of our financial system and economy or inject trillions of dollars into the financial system and an array of companies, as millions of Americans still lost their jobs, their savings, and their homes?"

The report was completed in months, not years. The Republican-appointed members of the commission dissented from its conclusions. The fix - the Dodd-Frank Act - is essentially toothless while Wall Street rumbles on like a non-fatally wounded elephant.

Robert Reich, former secretary of labor to President Bill Clinton, insisting that the problem is endemic, says in the New York Times: "The problem isn't excessive greed. If you took the greed out of Wall Street, all you'd have left is pavement."

Here in the Caribbean we don't plumb depth and, although Trinidad and Tobago established a commission of enquiry, we generally haven't placed breaches of trust and attendant corruption in the public domain.

But in Barbados today, critical issues are being raised, among them: what role does our political party-funding mechanisms play in the influence companies such as CLICO and CL Financial peddle? Where is the equity in use of clients' funds to promote lavish and productively unnecessary lifestyles while imprudent decisions destroy asset value diligently accumulated?

A correspondent writes to me about the last column: "behold a virus hits - sounds like something from outside themselves, some sinister force, maybe alien, some plague captures these pure clean knights and voila: corruption and greed ensues and ultimately down the drain we go."

Thanks for the comment; that discussion could take another set of columns.

NB: Your columnist served on the board of FINSAC, the resolution institution created to address the Jamaican indigenous financial services crisis.