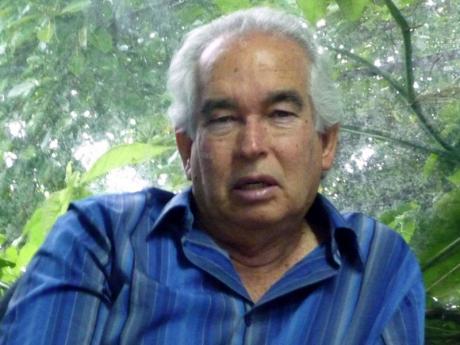 Backed by robust sales, marine attraction Dolphin Cove tripled its yearly profit to J$204 million and has told shareholders they will be rewarded with a dividend of four cents per share.

Dolphin Cove's bottom line was slightly buffered by tax credits of more than half a million dollars, in the first of its five years of corporate tax-free status as a newly inducted junior stock market company.

The marine attraction grew sales by more than J$280m or 32 per cent to J$1.16 billion across business lines at yearend December 2011, more than doubled earnings per share from 21 cents to 52 cents, and spun a cash deficit of $737,000 into positive flows of J$38 million.

"The projection for 2012 is to do excellent and we are on or above target already," Burrowes told the Financial Gleaner.

"So far, it looks good for the first two and half months. The recession is easing off and we see the North Americans coming back; the cruise ships are doing well, so we expect another good year," he said.

Dolphin Cove was listed in early 2011, a decade after it was founded.

The flagship Ocho Rios attraction is the main money-spinner with turnover of J$867m - or four times the J$222m income of the Hanover marine park - and contributed J$180m to net profit.

The company also operates a small dolphin lagoon at Half Moon in Montego Bay, and tours of the Prospect Plantation in St Ann.

Hanover, which operated at a loss in the year 2010, is now "coming into its own" according to Burrowes. The Hanover operation made a loss of J$12.5m then, but made a 327 per cent turnaround to J$28.5m profit last year.

Prospect and Half Moon are not big winners as described by Burrowes, but he says they are holding their own and have potential to grow. The performance of that side of the business is captured under the category 'other', which reported a net loss of J$3.84m last year.

Dolphin Cove showcases a pod of 26 dolphins across its parks. Burrowes says he plans to add to the pod but declined to say by how many.

He has concluded the purchase of lands adjoining the Ocho Rios park to expand the physical capacity there.

"We want to provide more interactive programmes for the guests. The beach that we lease there is too small, so we want to develop our own to accommodate say 700 to 1,000 people," Burrowes said.

"We just continue to refresh our products and keep reinvesting in the company, adding more products and creating more employment."

Last year, the company invested J$49 million of capital in its operation, or one third the J$151 million spent in 2010.

The interim dividend to be paid on March 30 amounts to J$15.7m. The company previously paid a dividend of eight cents, amounting to J$31.4m, last September 28.