No need for ministry of local government - JLP manifesto 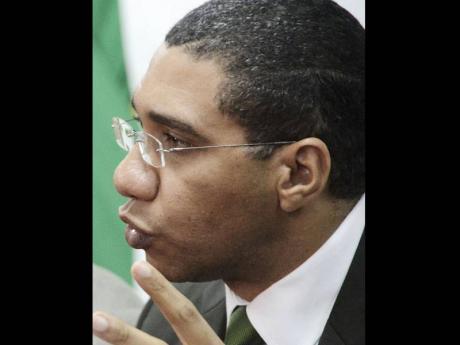 The Jamaica Labour Party (JLP) has proposed, in a new manifesto, the scrapping of the Ministry of Local Government as a key step to improving the performance of parish councils.

In its local government manifesto released yesterday, the JLP argued that parish councils and municipal bodies must be given full autonomy under a streamlined legislative framework.

The party also proposed the entrenchment of local government in the Constitution and the expansion of the number of municipalities to allow for the direct election of mayors and the appointment of city managers.

In the manifesto titled Our Communities ... Our Responsibility the JLP argued that there needs to be a better framework for local government.

According to the JLP, the present legislative framework for local government is unwieldy and difficult to carry or manage.

The party proposed the promulgation of three pieces of legislation which it said "were the subject of broad stakeholder consultations and sent to (the) Cabinet in 2011 under the JLP administration for the development of drafting instructions".

"The JLP will, therefore, lobby for the completion of the requisite drafting instructions which would see the repeal of 14 pieces of legislation, removing anomalies in the various laws and finally, appropriately defining local government with modern developmental legislation."

According to JLP Leader Andrew Holness, while some councillors have not given their best to the role over the years, many have been hampered by a lack of resources, autonomy and power.