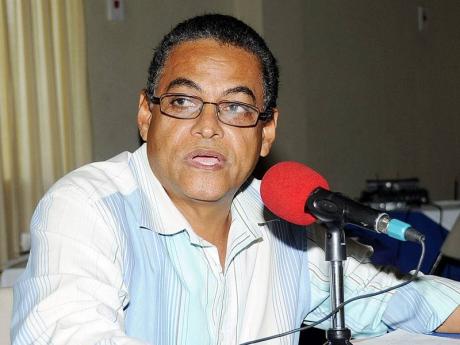 Dual citizenship will not be a deterrent to anyone seeking victory in next Monday's polls that will be electing representatives for the 14 parish councils and the Portmore Municipal Council.

Local Government Minister Noel Arscott has confirmed that unlike the requirement for representatives to the upper and lower houses of Parliament, councillors face no such restrictions.

"Legally, it is permissible for a councillor to hold dual citizenship. However, the PNP (People's National Party) has not promoted it and will not be promoting it," Arscott told The Gleaner recently.

Arscott said the issue of dual citizenship did not arise for the elections, and even if it did, the party's internal integrity commission would have made such information available to the party leader.

According to Arscott: "The last person we knew had it (dual citizenship) renounced, and the matter did not arise. But this would have, or could have come up during discussions with the integrity commission. But the reports of the commission goes to the PNP president only."

The JLP has not commented on the issue.

Following the 2007 general election, the PNP's Abe Dabdoub was successful in having the court remove the Jamaica Labour Party's (JLP) Daryl Vaz from the House of Representatives because he held dual citizenship in 2008.

The court's decision then provided a precedent for the disqualification of Gregory Mair, Michael Stern and Shahine Robinson as MPs, all having citizenship allowable under the Jamaican Constitution.

Proceedings had also commenced against members of parliament Ian Hayles and Sharon Hay-Webster prior to the December 29, 2011 poll, but the issue became null and void once the general election was announced.

Section 39 of the Jamaican Constitution allows for an individual 21 years and upwards, and who has been resident in Jamaica for the immediate preceding 12 months, to be qualified to be appointed as a senator or elected as a member of the House of Representatives.

However, Section 40 (2) prohibits the election of persons to the House, or appointment to the Senate who, by virtue of his own act, is under any acknowledgement of allegiance, obedience or adherence to a foreign power or state.