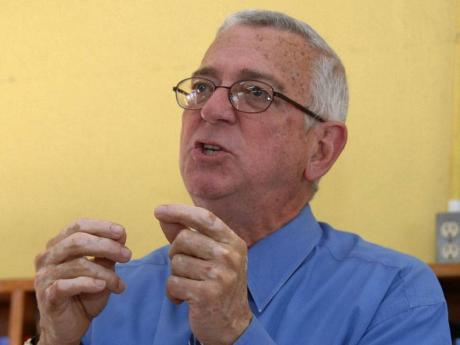 STILL WITHOUT an official name and after a slew of proposed start-up dates, Education Minister Ronald Thwaites said the special high school, which is to cater to students who display antisocial tendencies, is to open in time for the new school year.

Thwaites made the announcement during Wednesday's tour of the facility in Munro, St Elizabeth.

"It appears to be well built and I trust that it will be of useful purpose to help with the behavioural change for the young," said Thwaites.

However, he expressed disappointment, as there is a cost overrun of 15 per cent on the project, which had an initial value of $51 million.

"The actual situation is most regrettable. We have to learn to execute contracts on the basis of what we budgeted for, and, within the time, we must learn to plan and take into account any likely contingencies," said the minister.

He emphasised that his ministry was promoting fiscal prudence.

"Going forward, it will be necessary for the Ministry of Education to be very rigorous in ensuring that we do not run over."

Thwaites pointed out that fiscal responsibility was a national necessity. He said if an examination of a portion of the current debt deficit were done, a large proportion would be because of cost overruns.

In his defence, Shawn Wright, project architect in the Ministry of Education, said the project is over budget because of the additional work that arose from the renovation of an existing building.

"The electrical work had to be upgraded because what was there was inadequate to support the new infrastructure that had to be put in." Wright said another factor that contributed to the cost increase was an upgrade of the sewerage system. He said although there was an existing sewerage system that they thought would have worked, it was advised that an upgrade be done.