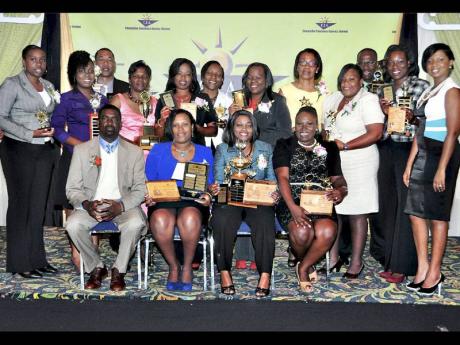 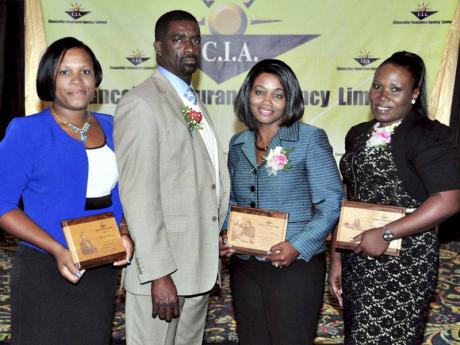 Chancellor Insurance Agency had what can be described as a historic awards ceremony on Monday, February 20, at the Knutsford Court hotel. The agency, which began operations in 2007, has chalked up a number of firsts among independent insurance intermediaries in the Jamaican insurance industry.

In his report on the agency's performance in 2011, president and CEO Donovan Brown said, "Notwithstanding the challenging economic situation during the year, the maxim 'wherever there is a crisis there is opportunity', held true." Brown described 2011 as a year of record-breaking performances for the agency.

Richard Byles, president of Sagicor Life, the principal for which the agency turned in the highest amount of annualised premiums among independent insurance intermediaries, described the agency as a 'jewel in the crown of Sagicor'. For the past four years, Chancellor has emerged as the leading independent intermediary for Sagicor. The agency has office operations in New Kingston, Mandeville and Highgate, St Mary. The agency also placed second in ICWI's Broker Recognition Programme.

Leading agent for the year ended was Veniece Worghs who, since joining the agency, continues to distinguish herself through outstanding production and service to her clients.

The agency, among its impressive number of firsts, has three agents who have qualified for the prestigious Million Dollar Round Table. The Chancellor contingent to the 2012 MDRT meeting to be held in Anaheim, California will be led by individual line manager, Venice Vanriel.

Brown paid tribute to several specially invited guests whom he said had contributed significantly to the growth and development of his agency. Turning to 2012, Brown said the agency will continue to focus on delivering quality service to clients, increase the size of the agency's team and infuse the highest level of professionalism among its employees.