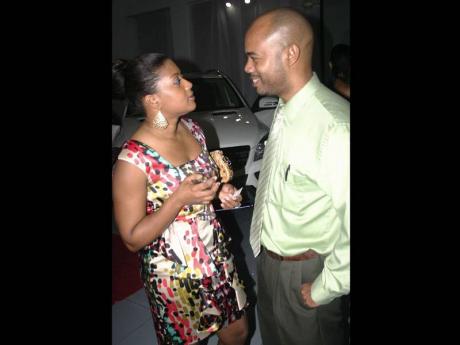 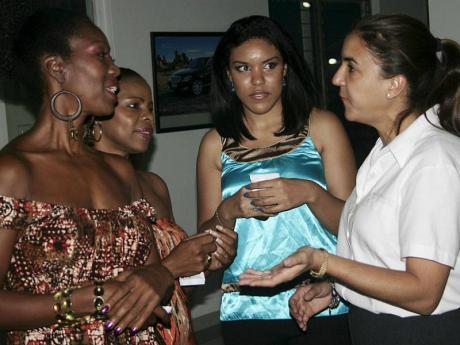 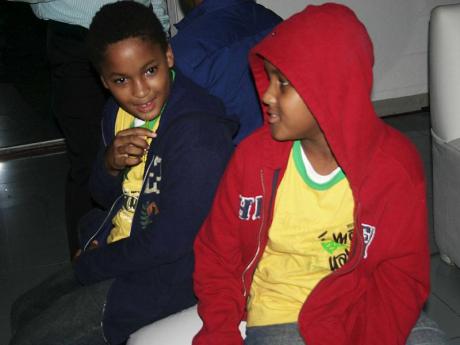 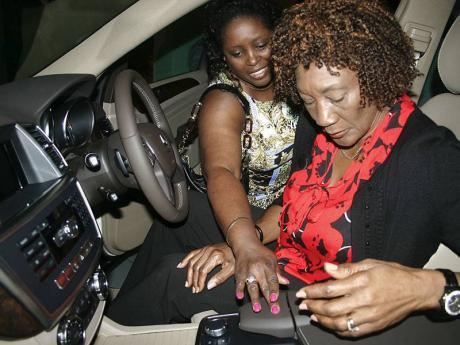 Cathy Barnes (left) and Yolanda 'Cathy' Nunes just couldn't get enough of the M-Class Mercedes Benz as they checked out all the latest features. 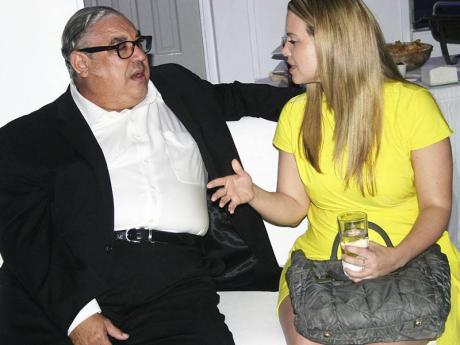 Robert McMillan is all ears to Christelle Harris, managing director of Rum Fire. 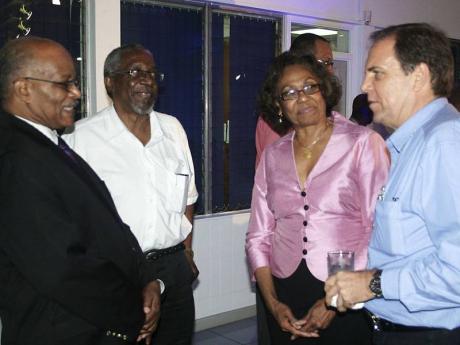 Judging from the impressive turnout at Wednesday's launch of the 2012 M-Class Mercedes-Benz, the pre-event publicity really worked.

With most persons turning up on time for the 6 p.m. start, Jacqueline Sangster, general manager of Silver Star Motors Limited, allowed guests some time to mingle before officially starting the proceedings. Then she kept things simple, with a brief statement and a short video presentation on the latest from the prestigious marque, much to the delight of those in attendance.

Sitting majestically astride two sets of 19-inch tyres which straddled light alloy rims, the new M-Class spoke volumes for itself, as potential owners fussed about and took turns checking out and comparing the latest features.

For some persons, it was more of a social occasion as they chatted with new friends, a glass of wine in hand, or snacked on hors d'oeuvres.

The seasoned Benz enthusiasts, however, had a lot of questions about the new three-year service deal, checking out loan options with representatives of financial institutions.

Waiting my turn to get close up with the evening's star, I sampled the desserts prepared by Alecia James of Signature Cakes & Desserts out of Montego Bay. As much as some were with the car, I was very impressed by her tasty and colourful offerings. The white chocolate passion fruit mousse was a big hit, with the tartness of the fresh passion fruit providing a real burst of excitement for the taste buds.

Maybe it was my bias for the flavours of local agricultural produce that had the coconut cheesecake running a close second, with red velvet French macaroon with peppered ganache and hazelnut mud pie rounding out the range of tasty offerings.

Then there were the personalised Mercedes-Benz M&Ms which really put the cap on a well-planned and executed launch, which for Sangster and the Silver Stars Motors Limited team at 51 South Camp Road was a real winner.