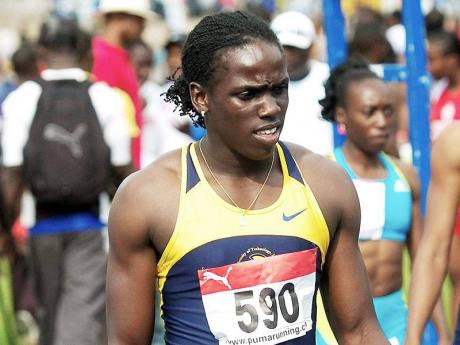 SEVERAL of the athletes who won medals at last year's World University Games in China will be in action over the next two days as the Intercollegiate Track and Field Championships gets under way at 1 p.m today at the UWI Usain Bolt Track at Mona.

University of Technology (UTech) and G.C. Foster College are the defending male and female champions, respectively.

Eleven finals, six in the field and five on the track, are down to be contested on today's opening day, with the men's and women's 100 metres finals to take centre stage at 4:25 p.m. and 4:30 p.m., respectively.

World University 100 metres gold medallist, UTech's Carrie Russell, will dominate the women's sprints. She is expected to be joined in the 100m by teammate Cardene Copeland. Copeland has been in good form this season and last Saturday won the collegiate 100m in 11.93 seconds at the UWI Invitational meet. Also down to contest the short sprint is The Mico University College's Trudyann Richards.

Two weeks ago, Richards pulled off an upset in the women's invitational 100m at the G.C. Foster College Classics, clocking a personal best 11.82 seconds.

World University Games 200m silver medallist, Jason Young of the University of West Indies (UWI), is the favourite for the men's 100m. Young is in fine form and last Saturday at the UWI Invitational he captured collegiate 100m in 10.46. UTech's Ramone Nicholas, who clocked 10.58 at the same meet, will also run well.

Other World University Games medallists down to compete at the meet include G.C. Foster College's Rasheed Dwyer, who won 200m gold in China, and UWI's Hansel Parchment, who captured the 110m hurdles gold.

Today, there will also be track finals in the 400m hurdles and the men's and women's 800m. The women's 800m event will be exciting. UWI's Willomena Williams, fresh off her victory last weekend at the UWI meet, will be hoping to get the better of the G.C. Foster College duo of Lovan Palmer and Jhaveire Hall. In the men's event, UTech's Ryon Reid is favoured to win.