The best invited for National Champs 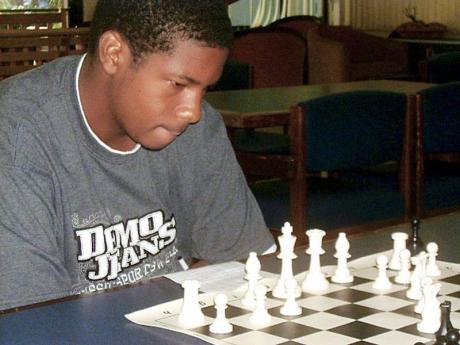 It is a hot year for chess all over the world as most countries are in the throes of selecting national representatives for the Chess Olympiad in Istanbul, Turkey, this summer. Jamaica is no different.

The top 24 players in the island and the top eight female players have been invited by the Jamaica Chess Federation (JCF) to play in the 44th annual National Championship from which final selections on who will be on the Olympiad squads will be finalised.

The JCF has already done a preliminary selection of the Olympic squads for the open and women's sections who must among four criteria, play in the National Tournament and place in the top 10 for the Open or top six for the women to make the final cut for the team to represent Jamaica.

Note that WFM Richards has been invited to play in the National Open Championships, and JCF selection committee representative Robert Wheeler explained that by virtue of this invitation she is an automatic selection for the women's Olympiad team if she were not to qualify for the Open team.

The deadline for registration in this tournament is today and play will start on April 13 and continue to April 19.

The 2012 National Junior Champion is Stuart James, who beat Tewana Mellace when the tiebreak was played last weekend at Kingston College. Both players ended the tournament on 6.5 points each two weekends ago, which forced the tiebreak that James won by 2.5 to 0.5.

Next weekend, the Challenge, the Mind Chess tournament, the first in a series of tournaments designed to spread chess across the island, kicks off at Dinthill Technical High School, Linstead, St Catherine.

The tournament caters to children ages 6-20 and is organised by Chess Unlimited, an outfit run by IM Pitterson and FM Elliot.

National Commercial Bank Insurance Company (NCBIC) is on board as a sponsor of this tournament. Joseph Montaque, senior marketing officer at NCB Insurance Company Limited, said: "The partnership with the Jamaica Chess Federation to host the Challenge The Mind Youth Chess Championship allows us to foster the development of the minds of the over 400 children expected to enter the championship."

More from the official rules of chess: Rule 4.2. Except as provided in Article 4.1, the player having the move deliberately touches on the chessboard: a. One or more of his own pieces, he must move the first piece touched which can be moved.