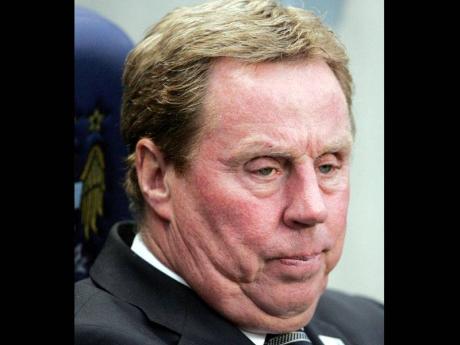 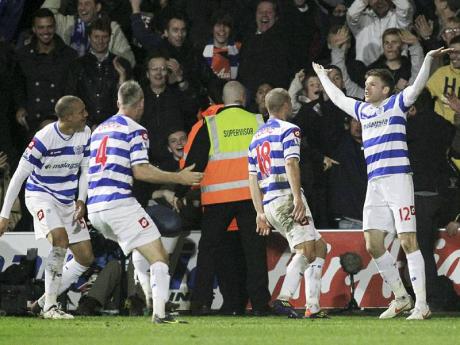 Tottenham's Premier League trip across London to face Chelsea tomorrow is looking a lot like a play-off for Champions League qualification.

Although neither club would be out of contention for a top-four finish if they lose, Chelsea could be eight points behind fourth place with four games remaining if Tottenham win at Stamford Bridge and third-place Arsenal avoid losing to Aston Villa.

Tottenham need a victory almost as much, if only to boost morale after picking up just one of the past 12 available points.

"We're all disappointed to have had a blip at this time of the season but we've got to come out of that now," Tottenham manager Harry Redknapp said. "We've got to keep going."

Chelsea's revival under Roberto Di Matteo was hit by Wednesday's 2-1 defeat against second-place Manchester City, who are at Stoke on Monday.

But the Blues have not lost at home against Tottenham since February 1990, when Gary Lineker was among the scorers in Spurs' 2-1 win, and will be within two points of their cross-town rivals if they rack up another win.

"Two weeks ago, we were seven points behind third place and now we're six points behind," Di Matteo said. "We're going in the right direction and we've proved we can compete with the best teams in the league."

Having lost a 10-point lead over Arsenal within a month, Redknapp is still looking at Tottenham's north London rivals as the biggest obstacle to Champions League qualification.

Six straight wins - including a 5-2 comeback victory over Tottenham - have taken the Gunners a point ahead of Spurs and put them in pole position for third place, which brings automatic qualification rather than a spot in the Champions League play-offs.

"Arsenal can think it's all over. It's not all over. There's a long way to go yet," Redknapp said. "There'll be twists and turns. It's all to play for still."

Spurs could be without Emmanuel Adebayor and Aaron Lennon because of hamstring injuries, with the latter's absence largely coinciding with his team's loss in form.

The winger sat out the defeat against Arsenal and, although he returned to face defending champion Manchester United, he then missed defeat at Everton and Wednesday's 1-1 draw against Stoke - when Rafael van der Vaart equalised in injury time.

United host Fulham on Monday, when they may need to win to stay ahead of City.

United defender Phil Jones could return from illness after missing last weekend's 5-0 win at Wolverhampton Wanderers, while Nani is set to return to training after missing three games because of injury.

"They're all training apart from Nani, who should not be far away and might start training this week," United manager Alex Ferguson said. "Anderson and Michael Owen are the only other ones out."

Nemanja Vidic and Darren Fletcher are still out with long-term problems.

Also tomorrow, it's Bolton vs Blackburn, Liverpool vs Wigan, Norwich vs Wolverhampton Wanderers, Sunderland vs Queens Park Rangers, and Swansea vs Everton. Newcastle is at West Bromwich Albion on Sunday.