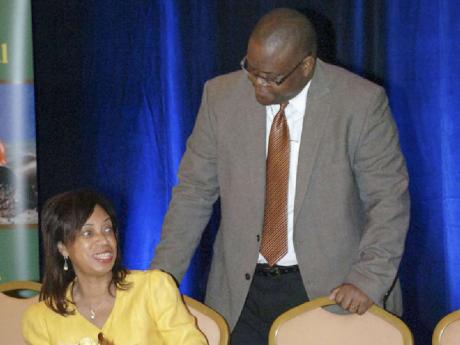 Industry, Investment and Commerce Minister Anthony Hylton has announced the launch of a mentorship programme to help small and medium-size food exporters expand their businesses internationally without hindrances.

The Food Safety Modernization Act (FSMA) Secretariat Mentorship Programme, an initiative between the industry ministry and the Jamaica Promotions Corporation (JAMPRO), is intended to increase the number of food exporters that are compliant with food-safety requirements, and to help small- business exporters to prepare for the export market.

"The mentorship programme is one which I believe has value because it gives small and medium-size enterprises, or even large enterprises who are struggling or desirous of meeting those standards, the opportunity to be mentored by someone who has met and surpassed those standards and is exporting into the US without any problems," Hylton said at JAMPRO's Let's Talk Exports investor forum, which was held at the Riu Hotel in Ironshore, Montego Bay, last week.

"That programme should assist in advising these entities as to what they're not doing, or what they're doing that is not correct, and to help them with best practices. So we believe that that is a value-added programme to which we hope a number of the companies meeting the minimum requirements would seek to get a benefit from and to enrol in the programme."

The interactive forum was the fifth in a series of ongoing talks and the second to be held in Montego Bay wherein export and investment stakeholders in the Second City were given the opportunity to hold dialogue on business development and international trade issues.

The FSMA, which was signed into law by United States President Barack Obama on January 4, 2011, consists of science-based preventive controls placed across the food-supply chain to prevent germs which cause food-borne illnesses from contaminating food exported to the US.

The minister also noted that the FSMA would have significant implications for local exporters as it would require investment in specific food preparation and monitoring activities.

He noted that the United States Embassy in Kingston and the Food and Drug Administration had been working with local producers to minimise the impact of the legislation, and the Government was in dialogue with exporting enterprises to help them meet the requirements.

"It's a challenge because it requires not only information and education, but in many instances, it requires financing to help them to make that adjustment. Given the constraints on Government, this is a particularly challenging issue, but we're working with a number of institutions, private and public," he said.