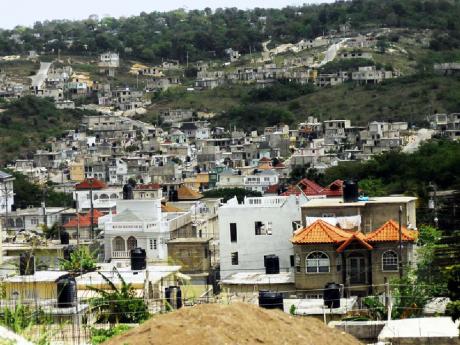 A section of the Cornwall Court Housing Scheme in St James. - File

Thank you for allowing me space to share some of the major concerns existing among residents of this community. Cornwall Court is assumed to be the second-largest National Housing Trust (NHT) developed scheme in Jamaica after Portmore. It is the largest in western Jamaica.

One of the first catastrophic errors made was building some of these units as quads. I have never seen anywhere where houses are approved by the local authorities with only one entrance/exit, yet these were done and given to hard-working taxpayers.

On another matter, the road network within the scheme is terrible. It is riddled with potholes. It would appear that the entire network started falling apart from the day people started occupying this scheme. To make matters worse, only recently the parish council acknowledged that the first phase should have been taken over by it. The roads were left to deteriorate.

To date, Phase Two, which began occupation about five years ago, has not been taken over. The NHT, the parish council and the contractors cannot come to an agreement to meet and sort out their differences as to what needs to be done to expedite the process.

When it rains, the entrance to the scheme from the Green Pond end is often inundated. The cross-drain is way too small for the volume of water that comes down from the hillside and along the roadway. People's houses on the hillside get flooded out repeatedly, and on many occasions, we have to wait until the water receded.

The drain should be made wider and deeper to accommodate all that water.

We have been treated with such scant regard by successive members of parliament. One of these instances of disdain has to do with the major thoroughfare leading to the scheme, that is, the King Street to Green Pond road. We were promised that the road would have been completed by February. But millions have been expended and it is back to square one. It is worse than a mule and cart track. There is also a dust nuisance which has caused many persons to develop respiratory illnesses.

Currently, we are plagued by an increase in housebreaking in Cornwall Court. The increase of criminality will be reduced and/or eradicated when:

The Government/administrators realise that one service vehicle and about 17 men and women assigned to Mt Salem Police Station CANNOT adequately keep our community safe. The area that this station covers is too wide.

The citizens' association intends to revive the cluster/street councils within the scheme. Don't stay away when these meetings are called. Come out and share your views/concerns. We have invested too much inside this community for these criminals to make us cower in fear and hide behind our burglar bars and walls.

Recently, we learnt that work has started on a joint venture for the construction of units which constitute Phase Three Cornwall Court. But how does the Government expect our social issues to be addressed when it does things without proper planning? Hardly anyone from this side knows much about what is happening. We are, therefore, asking the powers that be to ensure that our residents be consulted in the process of further development. This cannot be so hard to do.

The basic amenities must be put in as part of this development. A police post is so necessary. Cornwall Court is currently home to more than 12,000 persons.

From the beginning, sections of our scheme have been without adequate water supply. In fact, some of these areas get no water for months, yet, we can expect to get the water bill. Sections like Turks Avenue and St Martin Terrace have complained to the National Water Commission but have got no water.

Everyone who lives in Cornwall Court has a major part to play in the scheme of things. On Sunday, March 25 at the community centre, at 5:30 p.m., there will be an election of officers. Please come out.