Hats on to Easter in tribute to Christine Ann Bell 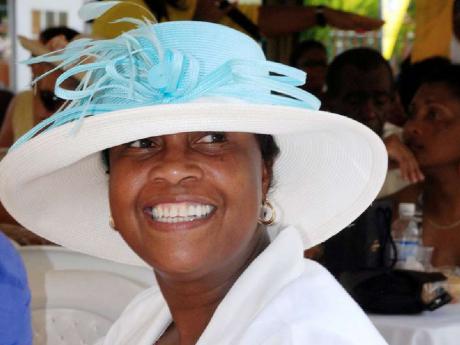 One of the most successful fund-raisers in recent times - Hats on to Easter - will be held tomorrow at 11 a.m. at the UDC car park on the Kingston waterfront, in tribute to its founder, Christine Ann Bell.

Launched six years ago by Innovative Ideas' charity arm, Hearts 'N' Ideas' Hats on to Easter has raised nearly $750,000 to aid Children First, the primary beneficiary of the fund-raising effort.

According to Claudette Pious, executive director of Children First, the funds provided by Hearts 'N' Ideas have been used to assist students with books, bus fare and lunch; purchase school furniture, computers, an air-conditioning unit for the NGO's counselling department, and to provide nutritional support for students, as well as to paint the classroom. Children First - the St Catherine-based not-for-profit organisation - has made major contributions to at-risk children in that parish.

In 2001, as CEO of Innovative Ideas, Bell set up the communications consultancy's charity arm Hearts 'N' Ideas to raise funds to assist in meeting primarily the education and health-care needs of children at risk.

Since its first staging in March 2005, Hats on to Easter has been a signature event which has gained the reputation of being one of Jamaica's most innovative Easter-time offerings. The event's lifetime patron is Ambassador Madge Barrett.

Over the period of its existence, funds raised by Hearts 'N' Ideas have also been disbursed to various individuals and small 'causes' which might otherwise have been ignored.

For instance, US$1,000 of the funds raised from Hats on to Easter 2007 was presented to the mother of two-year-old Jamalle Gray to help meet the medical bills of the toddler who was losing his sight. The charity has also been very responsive to evolving needs beyond Jamaica; in 2010, the milestone fifth anniversary staging of Hats on to Easter, all funds raised were handed over to SOS Children's Village Haiti to help that organisation in its efforts to recover from the devastation of the earthquake earlier that year. Nonetheless, Innovative Ideas still made a donation to Children First from the agency's own earnings.

The organisers of the annual Hats on to Easter fund-raiser have been able to attract in-kind sponsorship support from several organisations, including Jamaica Broilers Group brands, Best Dressed Chicken and Reggae Jammin, as well as from many other clients of the agency and fans of the event who purchase tickets to help ensure that the event can be staged successfully each year.

This year's staging of Hats on to Easter will be done in collaboration with the Jacqui Tyson and Dr Dennis Howard-organised monthly event, Brunch & Rhythm, at the UDC car park on the Kingston waterfront.

As in the past, there will be a spectacular hat show, courtesy of Cinderella Hats & Bridal House; hat competitions for men, women and children; entertainment by Dahlia Harris, Jerry Benzwick and Glen Campbell, with giveaways from Pioneer Manufacturing Distribution, Isabelle's Day Spa, Body & Soul, and Totally Male.