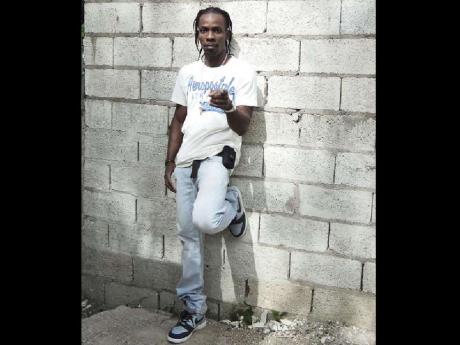 As a mason and an aspiring dancehall artiste, Kevin Gray is no stranger to hard work. He continues to dedicate time to mastering his craft, and hopes to grow his music fan base, locally and internationally.

Gray, who is more popularly known as Hyperack, recalled how his interest in music grew.

"I had an uncle who was a deejay, so I wanted to do what he was doing. Since I was about 11 years old, I started to write my own lyrics and sing in front of my mirror."

How does he balance work with his musical aspirations?

"I am a mason by profession. I mostly sell music for a living. It is very challenging, but I still manage to do my best because I know it would never be easy in the first place," he said candidly.

With performances on several major entertainment events in western Jamaica, the Montego Bay-based musician explained that exposure remained a challenge, but he had utilised social media to help push his material.

"I use Facebook and YouTube, among several others, and I also walk around and meet my fans personally to make them feel my energy and what I have to offer and get feedback," the entertainer shared. "So I have personalised the way in which I connect with my fan base, and it has been working thus far."

Gray is looking to sign with Must Rich Record Label, where he will get the necessary support to propel his music to the next level.

He acknowledges that although dancehall has received a lot of flack, the genre must be supported and embraced as part of the Jamaican culture.

"Many persons misunderstand dancehall music, and it's just for entertainment and not to be taken too seriously," he stated. "I really think there is hope for dancehall music because it's part of our culture, and many use it as a vehicle to express themselves and circumstances around them."

Hard work and a sincere passion for what one does is the key to being successful in the music business, Gray believes.