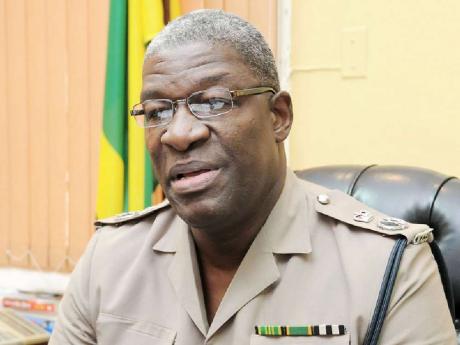 Police Commissioner Owen Ellington has admitted that the men and women under his command might not be doing enough to prevent fatal shootings.

With public concerns mounting about the number of fatal shootings by cops in recent days, Ellington has urged the members of the force to accept the criticisms and take a second look at their actions.

Writing in the Force Orders released yesterday, Ellington announced that a deputy commissioner has been given the job to conduct an urgent review of the police use-of-force policy and to make recommendations for radical improvement within two weeks.

According to Ellington, a number of measures are being considered to reduce the number of fatal police shootings.

The proposed changes include an increase in the standard of care to be exercised by the police when deadly force is used.

"The current view is that police officers' first reaction when faced with danger is 'officer safety'.

"We are seriously considering a policy position which demands that police officers exercise equal concern for 'bystander safety', extended to the attacker as they do for their own safety," said Ellington

"That is to say our officers must take reasonable and safe steps to protect the lives of attackers and 'possible bystander' as they do to protect their own lives," added Ellington.

The commissioner said giving the police the right to use the threat of deadly force and to fire warning shots is also being considered.

"The existing force policy insists that a police officer should not remove a handgun from its holster or train a rifle unless he is legally and morally prepared to take a life.

"We believe such strict rule denies the police officer the tactical option of 'threatening the use of deadly force' while demanding that an attacker ceases an attack or drops a weapon."

Other changes being considered by the police include tactical retreat in instances where confrontation with armed criminals could lead to the loss of innocent life and increased instances of containment and waiting out armed suspects.

"We will insist, in the revised policy, that no forced and armed extraction of suspects from any premises, vehicle or barricaded area should be undertaken until the police have exhausted all options to effect an unarmed surrender and the suspects have been given all opportunity to do so," said Ellington.