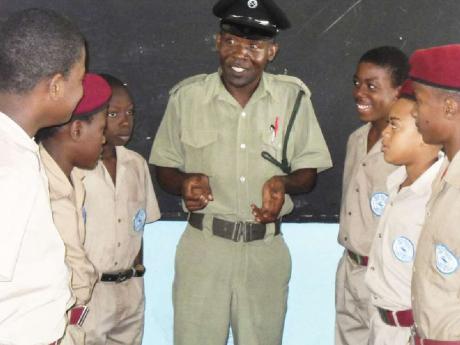 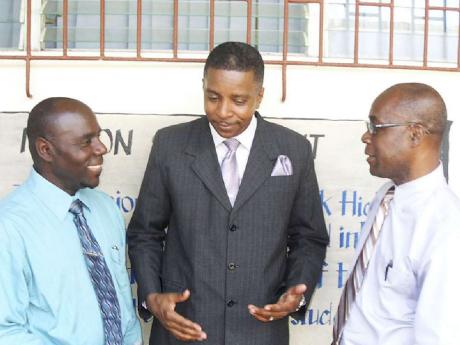 HEAD OF the Community Safety and Security Branch in the Jamaica Constabulary Force, Senior Superintendent James Forbes, has sought to reinforce critical values integral to the wholesome development of young men in the society.

Addressing the male students at Bog Walk High School in St Catherine at its Boys' Day celebration on March 14, Forbes urged them to chart a path for a successful career and desist from getting involved in boisterous activities, including fights, clashes and altercations.

"Any youth who want to fight is a sissy, is a girl in a male body who can't reason, and believe that the only thing him can do is show up him colours like him bad," Forbes told the boys.

In addition to encouraging them to use their time at school wisely, Forbes implored the young men to attire themselves appropriately and develop the right attitude as they prepare for the work world. Earl Clunis, guidance counsellor, Bog Walk High School, told The Gleaner that major issues facing the administration are students carrying weapons to school and fighting.

"But we are on top of that situation, in the sense that the dean of discipline, along with others, as soon as the guys come in we check in a random setting ... so we don't do it every day, in every class," explained Clunis.

He noted that most of the disruptive students fall within the lower academic percentile of the school population.

"The challenges that they give overall is that they are not the brightest of students, so they would want to do other things within the same time span a normal learner would use, so being at the lower level, they tend to get disruptive in class, and some of the classes are a little bigger than normal," he added.

Patrick Phillips, principal, indicated that observance of Boys' Day, a Ministry of Education activity, has been reaping positive results.

"I have not done any scientific measurement. However, over the years, boys have been reformed, boys have shown that they have learnt from the process, but there are still some who are slow in learning, and we have to use all the force that is necessary to reinforce the values in these students," he said.

Meanwhile, Brenton Pingue, acting overseer, Tower Street Adult Correctional Centre in Kingston, one of the presenters at the Boys' Day event, told The Gleaner that he was grateful to the school's administration for including him in the day's activities, themed 'Energised, Not Marginalised'.

"The Correctional Service is often left out of these activities, but we need to be invited more to talk to youngsters who are potential criminals, youngsters who have potentially great minds. When we get the opportunity to talk to them we safeguard some of them, no doubt," he reasoned.

There are 958 boys enrolled at Bog Walk High School.