Mark My Word, Raise A Ruckus set for showdown 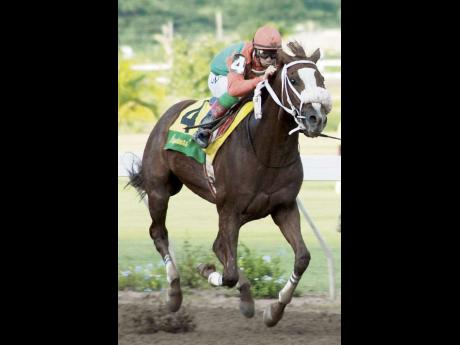 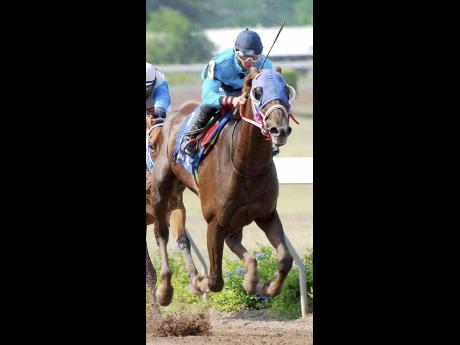 The season's first grade-one race, the Eros Trophy over 1400 metres, is on at Caymanas Park today with the 2010 Triple Crown winner and Horse of the Year, MARK MY WORD, the one to beat on this his seasonal debut.

The $1.1-million race for three-year-olds and up has attracted seven starters, including ante-post favourite MARK MY WORD and main rival, the American five-year-old horse RAISE A RUCKUS, to be ridden by former champion jockey Omar Walker and reigning champion Dick Cardenas, respectively.

Having established himself as one of the really big names in local racing by winning five of his eight grade-one races in 2011, MARK MY WORD ought to be followed despite topweight of 57.0kg.

Trained by Richard Azan for champion owners Elite Bloodstock Limited, the classy five-year-old horse by Market Rally out of Miss Chestnut has been absent from competition since his runaway win in the Harry Jackson Memorial Cup over 2400 metres last Boxing Day. But having moved impressively at exercise in preparation for today's encounter, he should continue where he left off last season.

MARK MY WORD, who lost the 2011 Horse of the Year award by a single vote to the crack sprinter SAINT CECELIA, looked real sharp at exercise last Sunday morning when galloping five furlongs in a brisk 1:00.0, beating stable companion ERASMO (one of his opponents) quite easily in that work. And prior to that, he galloped 51/2 furlongs in a fast 1:06.1.

Being the class horse of the field, MARK MY WORD should win; however, he can expect stiff opposition from the lightly weighted American horse, RAISE A RUCKUS, who is out for the first time since his unplaced effort behind EMPEROR HALL in the Caymanas Track Limited (CTL) Imported Mile on November 12. He has been trained to the minute by 14-time champion Philip Feanny and looks the exacta horse with only 50.0kg.

Elsewhere on the 11-race programme, last year's Derby winner, TECHNOMOTO, who finished a remote third to MARK MY WORD in the Harry Jackson Memorial on Boxing Day, should also make a triumphant return in the opening race over 1200 metres for overnight allowance horses.

Although failing to win another race since his post-to-post win in the Derby last June, TECHNOMOTO has been burning up the track at exercise in preparation for this sprint. And with only 53.0kg, is tipped to go all the way with Cardenas riding for trainer Anthony Nunes. He has most to fear from Gary Subratie's imported filly, SARAH BARRACUDA (working well), in a field of seven.

I also like GUAN YU in the second race, MAYBE I SAY SO in the third, recent winner THE PRIMEMERLINIAN to repeat in the fourth, the three-year-old debutante STAR FLYER (working well) in the sixth, and QUEEN ADIRA in the seventh.