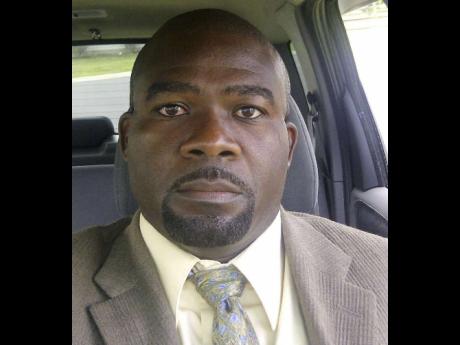 Another Jamaican is in line to make a mark in North America's premier football competition. But Clive Edwards won't be aligned to any of Major League Soccer's (MLS) 19 teams.

Edwards, a former Jamaica Defence Force (JDF) soldier who started out refereeing for fun at corner league games in his St Catherine neighbourhood and intra-mural matches at G.C. Foster College, before moving up to Major League fixtures during the late 1990s, recently qualified to officiate in MLS.

The middle-school athletic director and teacher in the United States is the only Jamaican known to be on the roster of MLS referees. Edwards was named a national assistant referee (AR) for MLS 2012 after participating in an invitation-only clinic for league officials in January.

A resident of North Carolina, he regularly works as the 'centre' referee during high school, college and lower level professional club games. Edwards said the decision to "run the line" was calculated to increase his chances of being assigned to MLS matches.

"I chose the AR track because the opportunity to be a centre referee in MLS is more limited," Edwards explained recently. "Because there is one referee to two ARs."

Rookie officials usually have difficulty securing MLS match assignments. For referees like Edwards, who live in a state without a MLS team, it is harder as the league is likely to select officials living in or near the city where the game is being played to cut travelling and accommodation costs.

"The prospects are not looking good this year," the 43-year-old Edwards admitted. "(But) you hope and pray something will come your way."

When that happens, Edwards said, he'll be ready.

The former Trench Town Comprehensive and Kingston Technical High School student said he played inter-regiment football in the JDF and was "very active" in Central Village, helping to build the St Catherine community's corner league and Central Links club. He became interested in officiating after meeting referee Errol Morgan, whom he admired for "just the way he conducted himself".

Morgan invited him to local referee meetings. By 1997 Edwards began officiating games at G.C. Foster, where he was a student. He took the referee's entrance test that year and stepped up to Division I and II matches in his parish. He was eventually assigned Major League games in Kingston and St Andrew. Other refs, like Owen Powell and Ainsley Sharpe, also "encouraged" Edwards.

"They taught me a few of their tricks," he said.

In 1999, Edwards migrated to the US and began refereeing the following year. His background in Jamaica gave him an edge early.

"All the FIFA rules apply in Jamaica," explained Edwards. "That served me well. I was already using FIFA rules. Here (in the US), some rules are modified for the (particular) competitions."

His assignments now include competitions such as the Professional Development League (PDL) and United Soccer Leagues (USL), where he often works as the centre ref.

Edwards believes Jamaican referees have a good feel for the game because they were generally involved as players growing up. He also praised the standard of refereeing in the US, especially the training.

"The US has more resources," Edwards explained, basing his comparison on his experiences in Jamaica during the 1990s. "But in Jamaica there is more raw talent."

The father of two is a member of the newly formed Professional Referees Organisation, which was established in the US to move officials towards full professionalism.

Edwards, who became a US citizen in 2007, said he has "thought about" moving to a city with a MLS club to increase his chances of match assignments. If that doesn't materialise he still cherishes his new status.

"It was an honour just to be among the best (referees at the clinic)," Edwards said. "It was an eye-opening experience."