Local stars to line up for start of Berger Super League 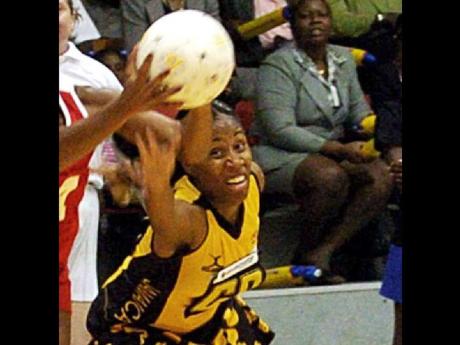 A number of local netball stars will be on show today when the 2012 Jamaica Netball Association (JNA)/Berger Paints Super League competition tips off with an opening ceremony, dress parade and rally at the Leila Robinson Courts, starting at 3 p.m.

Seven teams are down to participate in this year's Super League, with Jamalco being the defending champions. The other participating teams are Tivoli 'A', Waulgrovians A, Windalco, Mico 'A', Tivoli 'B" and the University of the West Indies Pelicans.

National representative Kasey Evering, who has been out of action for the past nine months because of knee surgery, is slated to return to action for Tivoli Gardens.

The 30-year-old Evering, who underwent surgery in New Zealand last June to repair her injured left knee, said she is eager to get her netball career back on track.

"I am really excited and I can't wait to start playing competitively again," said Evering. "I think this is the perfect league for me to start out with because it is much different from playing in the ANZ Championships, so I am really looking forward to it," she said.

Jamalco will be led by national player Nicole Aiken, along with Althea Byfield and Marsha Murray, Elaine Davis and Naudia Brown.

Waulgrovians, the other favoured team, will be led by Simone Forbes, Paula Thompson and Janeile Fowler.

The league is being sponsored by Berger Paints Limited for the 24h year. Six teams will participate in the FastNet competition which follows the press launch. Players will be selected from all teams in the league and played as mixed groups named for six paint colours.