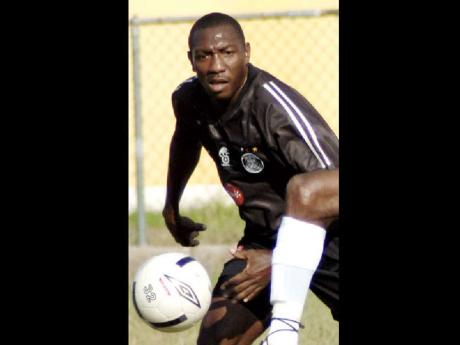 Cavalier, who have won their last five matches, lead the standings with 39 points, seven ahead of Rae Town in second. Rockfort are third from bottom in the standings on 13 points. However, when both teams met earlier this season, the match ended in a 1-1.

"We are not going look at the fact that they are at the bottom of the table and so we just have to go all-out and get the three points," said David Laylor, coach of Cavalier.

"We are not going to take them for granted because we know that they are a dangerous team," Laylor added. Cavalier's record stands at 12 wins, three draws and one defeat. They have netted 22 goals while conceding eight.

"We know that we can't afford to lose the momentum at this point of the season because our aim is to get to the Premier League play-offs, and in order for us to achieve this we must win this competition," Laylor said.

"We are in the relegation zone and we are not comfortable with this position, and so we will be going all-out to get the victory," Dwayne Dillon, manager of Rockfort, said.

He added: "I think that once my team can keep their concentration for the entire 90-minutes, then we should be able to pull off the victory because I know that we have the players to do it."