Jamaica fight back after falling for lowly 200 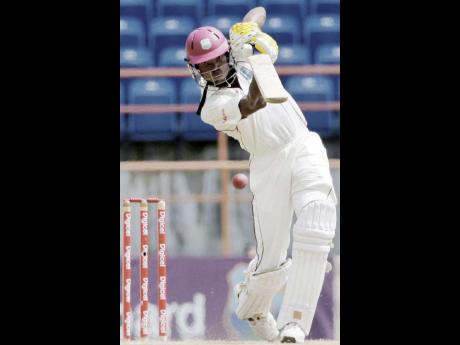 Jamaica were fighting back strongly at the end of play on the opening day of their final-round regional four-day match against the Combined Campuses and Colleges (CCC) at the 3W's Oval in Bridgetown, Barbados, yesterday.

The Tamar Lambert-led Jamaica were dismissed for a lowly 200 but hit back late in the day to have CCC on 46 for three.

In St George's, Grenada, Barbados captain Kirk Edwards fell agonisingly short of his fifth first-class century as his side got the better of the exchanges on the opening day of their match against Windward Islands.

The right-hander, warming up for the start of the Test series against Australia starting later this month, was tragically run out for 99 but his knock helped Barbados to 192 all out, after they won the toss and batted at the National Stadium.

At the close, Barbados had hit back to reduce the home side to 65 for four with seamer Javon Searles taking all wickets to fall for 22 runs.

Chasing one of the three semi-final spots up for grabs, Barbados' batting struggled as West Indies off-spinner Shane Shillingford snatched six for 77 to destroy the innings.

Openers Kraigg Brathwaite (13) and Omar Phillips (11) were removed early as Barbados slumped to 39 for two, before Edwards and Kyle Hope (21) repaired the damage in a 37-run, third-wicket stand.

Once Hope became Shilling-ford's second wicket, Barbados lost their way again and found themselves tottering at 162 for nine.

However, Edwards found an ally in Jomel Warrican (nine not out) and the pair added a precious 30 for the final wicket.

All told, Edwards faced 170 balls and struck seven fours and two sixes, during his 237 stay at the crease.

Any thoughts the Windwards had of capitalising were quickly shattered as Searles sliced through the top order removing openers Devon Smith (2) and Atticus Browne (1) cheaply, before also prising out Keddy Lesporis for eight and Andre Fletcher for 20.

AT WARNER PARK: Trinidad and Tobago, responding to Leeward Islands' 81 all out, were 172 for nine at the close on the first day of their final-round match.