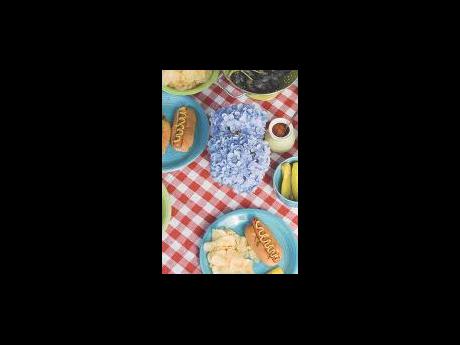 An author who writes about going "undercover" at Walmart or a migrant farm sets up expectations that she's about to reveal a scandal or, at the least, juicy secrets. But few of the revelations in Tracie McMillan's new book are all that surprising.

McMillan spent nearly a year working in California farm fields, as a Walmart produce handler and as an Applebee's kitchen worker. She chronicled her adventures in a book with the intention of explaining why it's so difficult for people to get access to cheap, nutritious food.

Her journey is certainly captivating, her writing elegant. But all the book ends up doing is confirming things that people might have suspected about the food industry.

The book is titled The American Way of Eating: Undercover at Wal-Mart, Applebee's, Farm Fields and the Dinner Table. It traces the months McMillan spent in 2009 picking grapes, stocking shelves and assembling restaurant meals.

A 30-something white woman, McMillan drew stares when she joined Mexican labourers to harvest California grapes, peaches and garlic. But her fellow workers quickly accepted her and fed her even when they had trouble putting food on their own tables.

She describes hours of backbreaking labour in scorching temperatures and she develops a serious repetitive-stress injury. As awful as the experience sounds, though, the details are largely what one might expect.

McMillan has easier access to hospitals than her poverty-stricken co-workers do, and because she's a US citizen, she can file a disability claim or otherwise complain when her bosses play accounting games with her pay. The other workers can't, but we hear about their plight only in passing.

Certainly, the author has a right to focus on her own situation, but it leaves a feeling of a missed opportunity - a lost chance to teach about a population of workers otherwise hidden from the world.

Instead, McMillan heads to Michigan, where she lands a Wal-Mart job that doesn't sound like much fun. She stocks shelves and tosses out moldy fruit, and is given far more responsibilities than it seems one person can handle. She does include anecdotes about alleged training violations and a bureaucracy that lacks compassion, but there's nothing all that scandalous or unusual.

It's the same story at Applebee's, where she describes the food as frozen or prepackaged and her job as nearly unmanageable during dinner rushes. Again, the story is interesting but not much of a surprise.

To be sure, McMillan is a talented writer whose deft writing and unusual adventures keep the pages turning. She meets interesting people and she gamely ventures into a world many of us see but know little about. In that sense, The American Way of Eating is a stirring read.

But the takeaway is unclear. Readers might enjoy going along for the ride, but they won't discover many revelations or details that weren't already intuitive.

Shoppers exit a Wal-Mart store in Casselberry, Florida in this file photo.