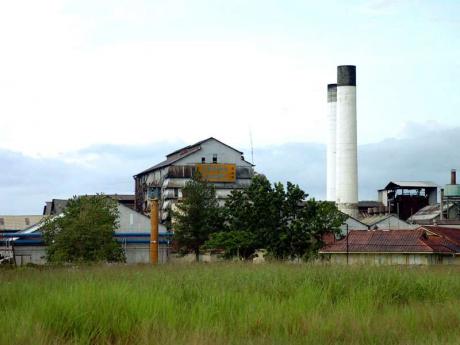 Pan Caribbean Sugar Company (PCSC) is to be conferred with 'agent' status, effectively ending the monopoly on the marketing of Jamaicans sugar crystals held by Jamaica Cane Product Sales, but sugar regulators say the status quo will remain for the current crop.

Pre-divestment, the sugar sector was configured for all players - both private and publicly owned operations - to pool their production.

At a practical level that meant that each factory sold their produce to the sole Sugar Industry Authority-designated agent, JCPS, which in turn negotiated price and supplied all markets mainly in Europe and the United States.

The Chinese-owned PCSC, however, negotiated with the Jamaican government the right to sell its own sugar when it bought up the biggest factories in 2010.

"Just like how you appoint JCPS an agent, we are going to appoint PCSC as an agent," said SIA executive chairman, Ambassador Derrick Heaven.

The agreement will be in place for the next crop, he said.

PCSC Chief Executive Officer He Francis told Sunday Business that his company pushed for the marketing concession as part of the divestment deal because it feels it can negotiate better export prices in the European market than Jamaica currently fetches.

The company is a subsidiary of COMPLANT group.

In 2010, sugar export volumes and earnings hit a low point of 92,899 tonnes and US$45.8 million, respectively, according to the most recent Planning Institute data.

Ambassador Heaven said PCSC would be designated an agent under Section 6 of the Sugar Industry Control Act, but that the payment system to be used by PCSC needs to be reviewed to ensure its pricing does not crowd out JCPS, nor lead to unrest among farmers if Chinese contracted cane supplies prove to be more lucrative.

Heaven declined to speak to the details of the proposal and He was unavailable when Sunday Business sought clarification from the COMPLANT subsidiary.

"The Chinese had agreed to give us time to sort out the issue but now they want it fast tracked and have the agreement in their hand by the end of this crop season. But the effective date is not changed; it will still be next year," Heaven said.

PCSC factories, Frome, Bernard Lodge and Monymusk, are projected to produce 73,685 tonnes of sugar this crop season ending July 2012 or 48 per cent of the full industry total, which is projected at 153,608 tonnes.

"There are no talks to amend the act, so it is a matter of getting them to conform to the law," Heaven said.

As the law now stands, any sugar producer can apply for agent status.

Industry sources tell Sunday Business that the players are keeping watch on the arrangement that emerges with PCSC, and at least one has confirmed plans to similarly apply for agent status.

Asked what the impact would be if other players wanted to market their own sugar, Heaven said only that it was an issue that needed to be sorted out and that the "necessary consultation is being done".

Heaven said the only hold-up in granting PCSC agent status was the payment system for farmers contracted to supply its factories.

"The issue is complicated because the cane payment system is based on the ability to have the sugar sold as a pool and if PCSC is to be  appointed agent status, then they would need to ensure the system remains transparent and equitable," the SIA chairman said.

Under the current system, JCPS pays cane growers 62 per cent of the agreed price for the sugar and molasses extracted from canes supplied, and the factories get the other 38 per cent.

Heaven said the system is likely to become more complex with the introduction of a second pricing structure.

If the Chinese paid a better price, he said, it could lead to pressure on JCPS from farmers wanting comparative earnings, since farmers are restricted by geography on the factories they are allowed to supply.

Each cane grower is registered to a particular factory, under Section 27 of the Sugar Industry Control Act and is only permitted under "rare" circumstances to supply other estates. Canes bound for Long Pond, for example, were eventually crushed at Frome in Westmoreland and the Appleton factory in St Elizabeth during the 2010 crop when Everglades' Trelawny operations faltered.

"The solution is being worked on as we are currently undergoing the necessary consultation. The Chinese have made their proposal, all other stakeholders have been consulted and it is just for us to come up with some solution," Heaven said.

"We have had meetings with the cane farmers associations, the manufacturers. We have received input from the Chinese on how they a see a solution to the problem and that is why we know we will come up with an answer."

Most of the sugar and molasses manufactured in Jamaica are sold to the European Union. Some 12,000 tonnes is sold under contract to the United States; however, the US sometimes request additional amounts.

Under the EU Sugar Protocol, which expired in 2006, Jamaican sugar was allowed duty-free access in Europe at a guaranteed price for an indefinite period. The EU-Cariforum Economic Partnership Agreement (EPA) replaced the protocol in 2007, which allowed only duty-free access but the price was no longer guaranteed.

Heaven said Jamaica is fetching better prices under the EPA.