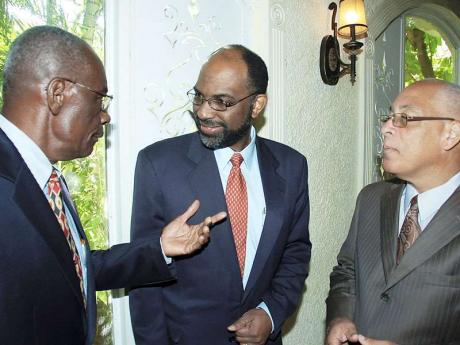 Financial consultant Noel Hann says that while lower mortgage rates might contribute to higher mortgage uptake and lower delinquency levels in the residential market, there are systemic challenges preventing building societies and other financiers from cutting rates much further.

Lower rates, he said, are no guarantee that Jamaicans will borrow more and be better placed to clear arrears, as other factors such as a depressed economy and low employment rates tend to drive mortgage activity.

kingdom, rates currently average five per cent and in Canada four per cent last Thursday, he said, following an analysis of the mortgage sector at a seminar hosted by the Caribbean Association of Housing Finance Institutions (CASHFI) in Kingston.

Comparatively, the average mortgage rate in Jamaica for 2011 is about 11 per cent, with some institutions now offering rates in the region of 9 per cent available mainly to new borrowers.

Jamaican mortgage lenders are currently jockeying to outdo each other on cheap loans. Victoria Mutual currently holds the title with a new 9.39 per cent offering narrowly edging out another time-limited special of 9.4 per cent from JNBS and NCB Jamaica's 9.5 per cent - all within the month of March.

The positioning has occurred alongside two developments in the sector: growth in new mortgages is at an anaemic three per cent, while delinquencies on mortgage loans are trending down, those on the books of commercial banks spiked 73 per cent last year.

Non-performing loans have contracted 4.6 per cent in the building-society sector, according to central bank data showing reduction in underperforming debt to J$5.7 billion at year end December 2011.

Challenges preventing local private mortgage providers from further lowering rates near to that existing in more developed nations, Hann states, include the reserve requirements of the Bank of Jamaica and the cost of operations.

"Building societies grow their balance sheet mainly from growth in the savings portfolio. For each dollar in savings, 40 cents must be placed in qualified assets," he said.

"The end result is that if a building society chooses to grow its balance sheet, it is required to place the requisite amount in qualified assets or face the consequence of negative or reduced returns on investments based on the amounts that are required for placement at BOJ at zero rate of interest."

Also presenting a challenge for mortgage lenders are large-ticket items including staff costs, electricity and security. Next is the cost of funds, which Hann indicates are higher than in the US, UK, and Canada.

"In UK for example, Bank of England base rate is 0.5 per cent and has been so for the last three years. Here in Jamaica T-bill rates are approximately 6.5 per cent. These are some of the reasons why it is difficult to lower rates to the levels in USA, UK, and Canada," he said.

"In developed countries, the interest spread is about 2.0 per cent to 2.5 per cent. Here in Jamaica ... the spread is much higher."

Local lenders, Hann states, have efficiency ratios which are significantly higher in Jamaica.

Sunday Business checks indicate that some private lenders in the UK have low initial rates starting at 1.99 per cent for two years and then varying between 2.5 and 5.4 per cent.

As shown at http://www.money.co.uk/mortgages.htm, the greater the amount is loaned the higher the rate, with 90 per cent of mortgages attracting rates of 5.49 per cent and 5.79 per cent for the first two years, then declining to 4.5 per cent and 4.7 per cent.

"In some respects, it would reduce the delinquent portfolios," he said.

"I say in some respects because people would still have to be employed, or earning sufficient income to meet monthly payments. Basically, the economy would have to take off."