Migrating? Make the most of it as a working professional 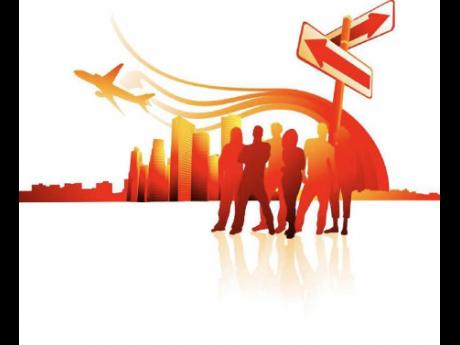 For too long, we Jamaicans have viewed migration to the United States, United Kingdom or Canada through very unproductive lens.

It has led to a host of mistakes committed by those who leave, and also by those of us who remain. We need a fresh mindset to help us take better advantage of the opportunity that living in a foreign country provides.

The mischief started In the Manley years when Jamaicans migrated to foreign countries with the stealth of Nicodemus.

I remember the shock of seeing an empty desk, only to learn later that a classmate was not sick - they had migrated.

Families were suddenly split, friends were separated and companies lost their best workers as people disappeared without warning. Once a family migrated that was it - nothing was heard from them for years, and we still reel from the cumulative brain drain.

The idea that's stuck around is that migration is something to be done secretly, as if it were a crime or a betrayal.

The effect on our society is staggering.

Over 20,000 Jamaicans gain permanence residence in the United States each year, a number that has remained at the same level for some time. A friend of mine recently attended her high-school reunion in New York City.

On my street where 24 children grew up together, only three of us remain in Jamaica, and only one has never migrated.

Those who migrated are far gone, although social networking has done wonders to bring people back in touch.

Yet, I firmly believe from my 21 years of living abroad that many of the most qualified Jamaicans who migrate don't do so effectively, and therefore don't fulfil their potential. If you are thinking of making the move, here are some suggestions:

A Jamaican who lives abroad and returns home to visit is not the best source of information. After you migrate, you come to learn that the vast majority of overseas Jamaicans wish that they could return home, and would do so, if only there were a drop in crime and an improvement in the economy. However, that's not the impression our proud countrymen give on Christmas or summer vacations. Instead, we hear how 'tings a gwaan good a farrin' without a trace of regret.

Decked out in the latest clothes, hair and gadgets, they do their best to convince us - and themselves - that they made the right choice, but it's a bit of a charade.

The key here is to discover as much of the truth about work-life abroad before leaving, and to use impartial, professional sources wherever possible. Everyone who migrates starts off at a tremendous disadvantage in terms of their career, but knowledge is the great equaliser and much of the research can be done right here at home.

If possible, make several short visits to sharpen up the plan, and use the Internet to find the data needed to make it realistic.

Start building an overseas network in your profession, and focus on meeting non-Jamaicans. If you plan to someday return to Jamaica, set a target date for inspiration.

Consider your migration to be a lengthy transition rather than a single, one-way flight. During this transition, maintain local ties while building new ones abroad. Never make the mistake of cutting all your ties, regardless of the source. Think of yourself as a professional with experience in two countries.

Here's some tough medicine: your children are more likely to be successful in the US than you are, simply because your accent, experience and cultural norms won't help your professional success.

Recent research shows that Americans have a measurable bias against foreign accents, and equate them with a lack of intelligence.

Using these ideas can make all the difference.

Francis Wade is a consultant with Framework Consulting.columns@fwconsulting.com