In praise of Morris Cargill 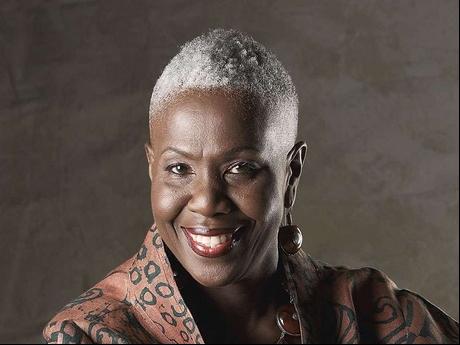 What a nice 'bakra' man Mr Cargill was, eh! He was always so sorry for poor, ignorant black people. He didn't want lots of backward people to be going up and down Jamaica foolishly thinking that they were equal to him, deceiving themselves that what they speak is a language just like his.

No, sir! Mr Cargill wanted us to know our place. He tried his best to make us understand that we're just like cats and dogs: we can bark and bite and make lots of noise and show that we're angry or happy. But language? Culture? We don't know those fancy words. That kind of language is spoken only by 'bakra'.

Have you ever heard of cats and dogs talking about how cats and dogs converse so nicely? Cats and dogs do communicate in their own way. But they don't talk about talking. They don't philosophise. It is true that some North American cats and dogs suffer from depression and other emotional illnesses that we in Jamaica assume are purely human afflictions. Our pets don't usually get confused about their identity. They know they are not human.

Of course, we do have exceptional pets in Jamaica, owned by exceptional people. Morris Cargill certainly had an unusual pet. It was a poodle. I don't know if it had any emotional problems. I do know that the dog was very intelligent. It seems as if the poodle was much brighter than many black people in Jamaica. It was completely literate in English. In fact, the dog sometimes wrote Cargill's newspaper column for him.

On February 25, 1999, The Gleaner published a column written by Morris Cargill's poodle. This is what the bright dog wrote: "... One of the aims of my society is to develop a proper understanding of dog language. If people can propose that what my man calls yahoolish should become a second language in Jamaica, I see no reason why poodlese should not become a third one. It is, after all, at least as understandable."

The language of savage nations

'Yu see how Misa Cargill considerate!' He was using his poodle to help black people see that 'dog language' and black people's 'yahoolish' are in the same category. If we could be bright enough to be claiming that our Jamaican corruption of English is actually a language, 'wat is to stop dog from tink seh dem a chat language too?'

And Cargill called our Jamaican language 'yahoolish' for a very good reason. He seems to have got the idea from the fictional travel journal, Gulliver's Travels Into Several Remote Nations Of the World, written by Jonathan Swift and published in 1726-27. Swift was a British satirist who critiqued his own society, revealing its follies. On Gulliver's fourth and final voyage, he discovers a land of intelligent horses called the Houyhnhnms. These horses are as bright as Morris Cargill's poodle, I suppose. They share the land with the Yahoos, a despised race of creatures that look like apes.

Here is Gulliver's account of his encounter with the Yahoos: "My horror and astonishment are not to be described, when I observed in this abominable animal, a perfect human figure: the face of it indeed was flat and broad, the nose depressed, the lips large, and the mouth wide; but these differences are common to all savage nations, where the lineaments of the countenance are distorted, by the natives suffering their infants to lie grovelling on the earth, or by carrying them on their backs, nuzzling with their face against the mothers' shoulders."

By calling the Jamaican language yahoolish, Morris Cargill was helping us native speakers to recognise the similarity between ourselves and the Yahoos. Cargill wanted us to accept the fact that we are a savage nation, speaking a savage language. But we could be tamed if we tried our best to learn English, the language of civilisation.

So even though it might have sounded as if Morris Cargill thought that many black people in Jamaica are subhuman because what we speak is not a language at all, I was really quite happy that he felt so sorry for us. It seemed as if he wanted to bring the best out of us. He wrote so many newspaper columns in which he tried so hard to show us how 'dark' we were. He certainly took poor black people's interest to heart.

But, you know, I'm always very suspicious when I hear that a mongoose is looking after chickens, so to speak. Can a mongoose really be expected to look out for the best interest of a chicken? It seems to go against the very nature of a mongoose to look at a chicken and not see a meal. But, I suppose, there are kind-hearted mongooses that could look after a chicken without any selfish motives whatsoever.

Morris Cargill regularly threw words at us for our own good. 'Sticks and stones may break my bones but words can never harm me' is a deceptive English proverb. Jamaicans aren't foolish enough to buy that. We know that 'throw-word lik hot'. And one person's joke can be deadly serious to a 'nex smaddy'.

Morris Cargill used to make some wicked 'jokes' about language, colour and class in Jamaica. It seems as if he just loved to provoke black people. For whatever reason. Oddly enough, many of the same people Cargill so consistently used to mock put him up on a very high pedestal because of his command of the English language. It didn't matter that he was commanding the language to attack them. Some of us Yahoos who knew better just had to bite back.