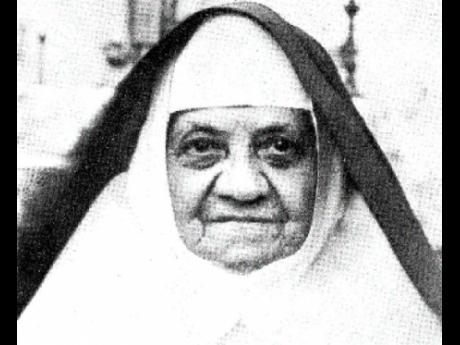 Alpha Boys' School, situated along South Camp Road in Kingston, has, over the years, earned the reputation of being the nursery for some of Jamaica's greatest musical legends.

Driven by its motto, 'Upwards and Onwards', it has become the repository for musical talent for more than three quarters of a century.

But unknown to many, Alpha didn't begin as a musical institution, or as a home for wayward boys, as many people think. It was, in fact, the brainchild of Sister Jessie Ripoll who saw a need for orphaned and underprivileged girls to be housed and cared for.

Beginning with one lone orphan girl, the idea grew into an enthusiastic desire to open an orphanage for the many underprivileged children, boys included, that lived as outcasts in Kingston.

Joined by two friends, Ripoll managed to garner financial support from friends, the church and their own pockets, to purchase lands, still situated at its present location, for 800 pounds.

Thus in 1880, in a simple way, work began that would bring wide acclaim to Jamaica in the field of music.

A decade later, the project was bolstered when assistance arrived from the Bermondsey Sisters of Mercy community in London. At the outset, the school consisted of two industrial sections, one for the girls and one for the boys.

Trades were developed for the boys. These included woodworking, shoemaking, plumbing, tailoring, printing, welding, electronics and agriculture to go along with basic education and spiritual guidance. The music programme was instituted shortly after and lasted for the entire school day, unlike the half-day it does nowadays. The Alpha Band was born out of this programme in 1892. Enjoying 120 years of existence and unbroken service to Jamaica, it has become a part of the musical culture of the island, playing for kings, princes and other dignitaries.

The foundation members, which comprised just a drum and fife corps, played by ear, as financial constraints hindered the services of a bandmaster, although there was occasional assistance from the Jamaica Military Band. According to documents released to me by past principal, the late Sister Mary Ignatius Davies, while on a visit to the institution in the late 1990s, the band's first public engagement was on September 7, 1893.

By the time the 1930s had rolled around, Alpha appeared to have set in place a regenerative system whereby past students returned as bandmasters to teach music. Many were fed to the Jamaica Military Regiment Band by the school upon their graduation.

When a slightly more civilian bandmaster profile emerged with the likes of George Nelson (1935), and past student Vincent Tulloch's second stint (1946), it coincided with the growing influence of big-band swing music.

Following Delgado as bandmaster was past student and vibraphonist extraordinaire Lennie Hibbert (1955-63). His students included trumpeter Cedric Brooks and Vin 'Don D Junior' Gordon. His prowess is immortalised on the Studio One album, Creation.

The Lennie Hibbert Hall, which I had the privilege of touring, displays many of the artefacts and memorabilia associated with the school's achievements. However, Sister Susan Frazer, the present administrator who supplied some of the information contained herein, has visions of incorporating that hall into a soon-to-be-established Alpha Museum.

Another of her visions is the implementation of a non-resident school system to work alongside the present boarding system.

In its reform capacity, Alpha accepts and boards young boys whose parents or relatives are unable to cope with their behaviour. The acceptance of girls was, however, discontinued and the girls' school closed in 1973, owing to lack of experienced personnel.

Any history of Alpha Boys' School would certainly be incomplete without the inclusion of Sister Mary Ignatius Davies' personality.

Alpha's musical blessings has, over the years, been linked to her presence and her 64 years of uninterrupted service at the helm of the school. Her love for music was immense with Don Drummond's Eastern Standard Time being her favourite cut. But it was not just her musical expertise that was sought after or made her what she was. It was more the encouragement she gave to the youngsters around her and the interest she showed in them, many times even opening job opportunities for them upon graduation.

Sister Ignatius joined Alpha as an 18-year-old nun and spent the rest of her life there. She passed away on February 9, 2003.

As a native of Jamaica, Sister Ignatius had an advantage over other nuns who were often from overseas. This was clearly evident when she came into contact with students both past and present. Part of her charm was her 'tomboyishness' which she demonstrated by playing and coaching cricket and boxing. She was also a sound-system operator with a large collection of vintage records. Sister Ignatius will certainly be indelibly etched in the memory of all who came into contact with her.

Alpha's positive reach continues to this day under the longest-serving and current bandmaster, Sparrow Martin.