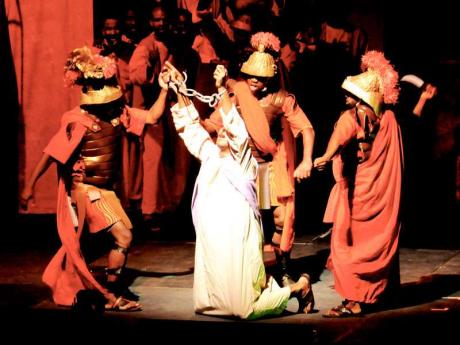 'Acts of the Apostles' 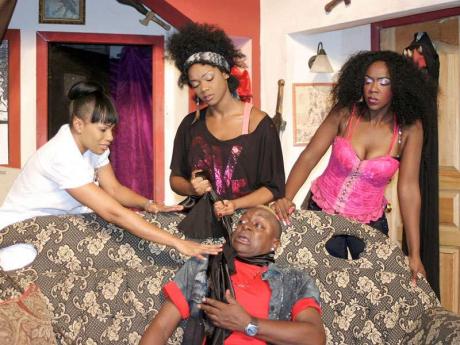 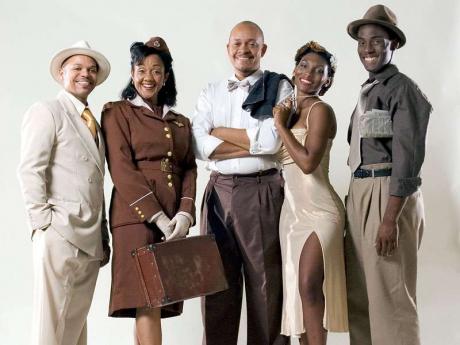 The International Theatre Institute (ITI) Actor Boy Awards, which was scheduled for tomorrow, will now be held on April 2 at Chasers Café, 5 Belmont Road.

The decision to adjust the date is largely due to the fact that local gvernment elections also take place on that date. The awards show is scheduled to start at 8 p.m. This year's honoree is the Edna Manley School of Drama which, for the last 50 years, has shouldered the responsibility of the training and education of theatre practitioners.

What is also interesting is the nature of the nominations.

With 11 nominations each, Father Ho Lung and Friends epic, Acts of the Apostles, and the nostalgic Last Call, produced by Eight Seven Six, are front runners for the 2011 ITI Actor Boy Awards.

The only musicals nominated and for Original Score, both shows got the thumbs up for Choreography, Original Song, Costume, Set and Lighting Design. Acts of the Apostles was also nominated for Special Effects and New Jamaican Play. For Last Call, Andrew Lawrence, Maurice Bryan and Richelle Bellamy-Pelicie earned nominations for their supporting roles.

Also in the running for Best Production are comedy nominees Breadfruit Kingdom and Charlie's Angels, both produced by Jambiz International, and Where is my Father? by Basil Dawkins Productions.

Breadfruit Kingdom has 10 nominations while Charlie's Angels and Where is my Father?, the only Drama nominee in that category, earned seven nominations each.

Paula Shaw is being recognised for her choreography in Acts of the Apostles, Last Call and Anancy Chaptaz - Di Beginning, and is the only nominee to earn three nominations in a single category.

Double nominations are down for Glen Campbell in the category Actor in a Lead Role for his work in Charlie's Angels and Breadfruit Kingdom, Nadean Rawlins for her lead role in Not About Eve and supporting role in Where is my Father?.

Owen Ellis has been nominated for directing and starring in his one-man show UN, Damion Radcliffe has been recognised for Best New Jamaican Play and Special Effects for his efforts in Anancy Chaptaz - Di Beginning.

Dahlia Harris joins Radcliffe in the New Jamaican Play category and adds actress in a lead role for God's Way.

The ITI Actor Boy Awards serves not only to applaud the very best of Jamaican theatre, but provides an avenue through which theatre practitioners may be nationally recognised for their work. The event is under the auspices of the ITI, so it is benchmarked to international standards.