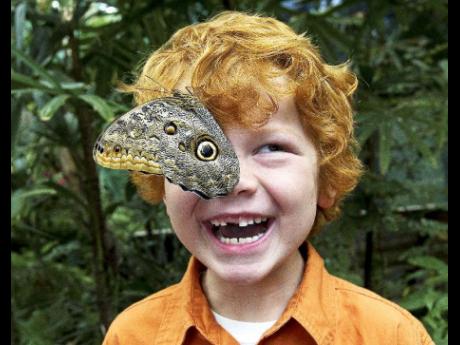 Reporter: "What do you think of Western civilisation, Mr Gandhi?"

Mohandas Gandhi: "I think it would be a good idea."

The quote is probably apocryphal, but if Mahatma didn't say it, he should have. Now we have something close to a global civilisation: most of the world's people work in similar economies, use the same machines, and live about as long. They even know most of the same things and have the same ambitions.

So we need somebody to ask us the same question. Do we really think a global civilisation is a good idea? And if so, have we any plans for keeping it going beyond a few generations more?

History is full of civilisations that collapsed, and often their fall was followed by a Dark Age. In the past, these Dark Ages were just regional events (Europe after the fall of Rome, Central America after the collapse of Mayan civilisation, China after the Mongol invasion), but now we are all in the same boat. If this civilisation crashes, we could end up in the longest and worst Dark Age ever.

Our duty to our great-grandchildren is to figure out how to get through the 21st century without a collapse. We have all the rest of history to get through, but we cannot even imagine what the problems and opportunities of the 22nd century will be, so let's concentrate on what would constitute interim success by 2100.

Interim success in 2100 would be a world in which a recognisable descendant of the current civilisation is still thriving. The global population might be heading back down towards the current seven billion by then, having peaked at several billion higher, but it won't fall faster than that unless billions die in famine and war, so it must be a future in which a very big population is still sustainable.

Unfortunately, the way we are living now is not sustainable. We have taken too much land out of the natural cycles in order to grow our own food on it. We are systematically destroying the world's major fish populations through overfishing and pollution. We are also driving most of the larger land animals to extinction.

This is a 'six-planet' civilisation: it would take six Earth-like planets to sustain the present human population in the high-energy, high-consumption style that is the hallmark of the current global civilisation. Not all of the seven billion have achieved that lifestyle yet, but they all want it, and most of them are going to get it. And for the foreseeable future, we will have only one planet, not six.

That's the real problem we must solve if we are to reach 2100 without civilisational collapse and a massive dieback of the human population. All the other stuff we worry about, like global warming, ocean acidification and the 'sixth great extinction', are really signals that we are not solving the basic sustainability problem. Nor will we ever solve it by just using less energy and eating less meat. Not at seven billion plus, we won't.

So we really have only two options. We can go on in the present patchwork way, with a bit of conservation here and some more renewable energy there, in which case we are heading for population collapse through global famine, and probably civilisational collapse as well because of the attendant wars, well before 2100.

Or we can try to float free from our current dependence on the natural cycles. Use the scientific and technological capabilities of our current civilisation to reduce our pressure on the natural world radically. Stop growing or catching our food, for example, and learn to produce it on an industrial scale through biotechnology instead.

Just achieving food independence would greatly reduce our vulnerability to climate change, but we need to stop global warming anyway. Otherwise, much of what we call 'nature' will not survive, and half the world's big cities will be drowned by sea-level rise.

Given how much excess carbon dioxide we have dumped into the atmosphere already through burning fossil fuels, that will probably require direct human intervention in the climate system: geo-engineering, in other words. We must also stop burning fossil fuels and move to alternative sources of energy as fast as we can, but we almost certainly won't move fast enough to avoid runaway warming without geo-engineering.

The more romantic environmentalists hate this stuff and insist that there is a third option. They think we can avoid disaster just by learning to 'live lightly on the planet'. That would be nice, but it can't be done with seven billion people, even if they all lived like Gandhi. That option disappeared at the latest in the 1960s, when we passed the three-billion mark.

This civilisation is the distilled essence of a 10,000-year human fascination with technology. It will live or die according to its ability to solve by new technologies the problems it has created by its own past technological successes.

If we want our great-grandchildren to be happy in 2100 - if we want them even to be alive - we have to start managing some of the planet's systems (like the climate system), and to remove ourselves entirely from some of the others. There is no third option.

Gwynne Dyer is a London-based independent journalist whose articles are published in 45 countries. Email feedback to columns@gleanerjm.com.