Turning up heat on lionfish 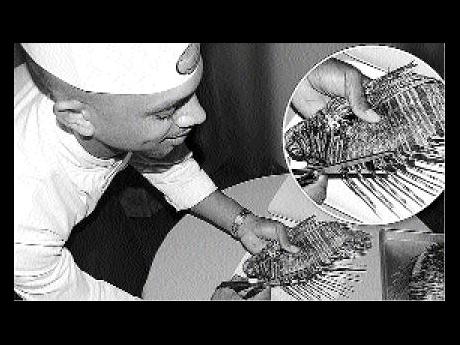 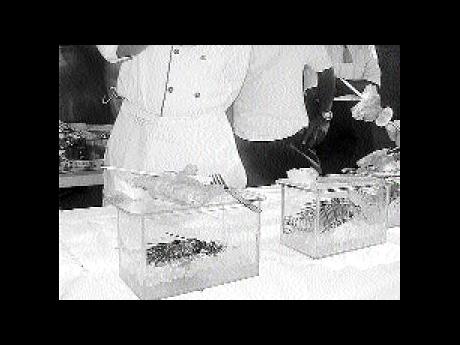 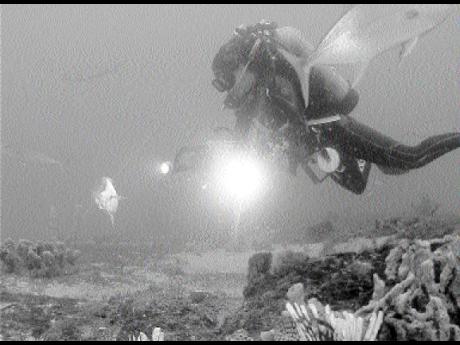 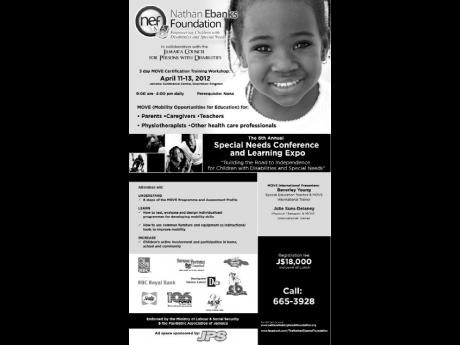 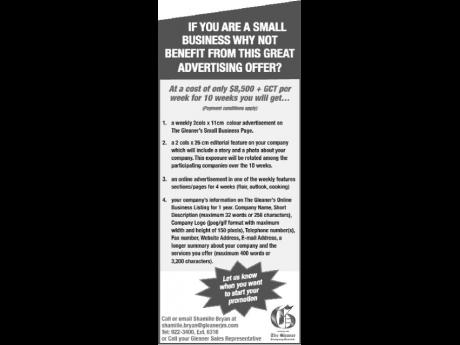 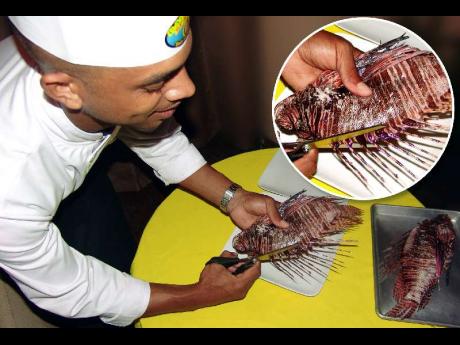 The Scotia Group has partnered with the Centre for Marine Sciences at the University of the West Indies, Mona, Rainforest Seafoods, the National Environment and Planning Agency (NEPA), and the Ministry of Agriculture and Fisheries to turn the tables on the lionfish which has been wreaking havoc on Jamaica's fish stock.

Scotia Goes Green On Lionfish, a partnership with the Centre for Marine Sciences, was officially launched last Thursday to convince householders, restaurateurs, hoteliers and everyone else to 'Eat Them To Beat Them'.

The ultimate goal is to achieve effective control of the lionfish population in order to preserve the country's marine diversity, in the process contributing to the economic security and social well-being of all Jamaicans. However, getting the necessary buy-in from all stakeholders and target groups for a project where the information driving the public awareness campaign is mired mainly in marine biology, like the lionfish, must be handled delicately. That was the message from Dr Dayne Buddo, lead scientist on the national lionfish project.

"One of the hurdles that we have to cross is having persons understand very simple messages. We will be enhancing exploitation of lionfish, not just consuming the adults, but consuming, more importantly, the juvenile lionfish before they start reproducing," he told the audience at the UWI Port Royal Marine Laboratory & Biodiversity Centre.

Buddo, who has done extensive hands-on research work with lionfish and co-authored a yet-to-be-published book based on this experience, reminded the audience that while some of the lionfish's fins contain venom, which it uses for hunting and a defence mechanism, the meat is not poisonous. With proper care using appropriate gloves and shears, the offending fins are easily removed, rendering it safe to handle and ready to cook.

He then explained that there is no getting rid of the lionfish - it is here to stay and already having a deleterious effect on local and regional marine resources with the long-term impact on the biodiversity and economies of Caribbean states frightening.

"It is inevitable that a severe impact on fisheries will occur if nothing is done to dent the population of the lionfish in the region," he said in a previous interview.

This project will seek to achieve the desired population control of what has been described as the most rapid fin-fish invasion in history by harvesting and marketing the lionfish in a structured, economically sustainable manner. Rainforest Seafoods, the largest seafood processor in the region is looking to cash in on what many people are coming to recognise as a very tasty and versatile fish.

Brian Jardim, CEO of Rainforest Seafoods, explains: "It's a natural, a flakey mild-white fish fillet that is very easy to work with in soups, kebab, fillets, etc. So, hopefully, one day we'll see it in our local fast foods, or incorporated in fish sandwiches, or fish and chips meals. It's such an easy-to-work, malleable white fish product that we're very excited about it. The flavour is very grouper-like, which is a favoured high-value taste."

Meanwhile, for Bruce Bowen, CEO and president of Scotiabank, which presented a 2012 Toyota Land Cruiser valued at $4 million to the UWI Centre for Marine Sciences to advance the project, last Thursday's lionfish taste fest was a telling culinary revelation.

He was quick to say: "Notwithstanding all of our sponsorships, this is the first time I've actually tasted the fish and everyone tells you it's going to taste good, but it actually tastes very good. There is the coconut-crusted lionfish, and if you haven't tried that, it's very good. So yeah, they're very nice, very nice!"

Now adequately informed about the lionfish, the Scotiabank CEO will be pushing to get Jamaicans to bite into it."

What we want to do is to help raise awareness, and in so doing, we will be supporting the efforts of going out into the communities and working with the fishermen. In addition to the vehicle, for this to be sustainable, we need a lot of people to understand the issue, whether it's getting the public interested in buying it or keeping fishermen interested in catching it. We'll spend the next year trying to get awareness up there."

Meanwhile for culinary artist Jacqui Tyson, whose company From Thought to Finish catered the event preparing some 200 pounds in a variety of tasty styles - soup, fritters escoveitched, yard style, roasted in foil, in beer batter and run dung - the overwhelming response was not surprising. She admitted to being guided by some research of her own.

"After I sampled the fish, I just literally did a whole test run on recipes, and it's an excellent fish, so it was an easy job. I wanted to present it in a way so people could see the ways that we're accustomed to, which is our yard-style way, and then to also enjoy it and know that it has the possibility for gourmet.

"So it could be an exportable item, because the fillet is very rich and very easy to work with as it cooks quickly, takes on other sauces and coatings very well."

She warns about the risk of getting hooked on the lionfish. The flavour of the (whole) fish and fillet and quality of the meat is so good it's all you'll want to have once you taste it."