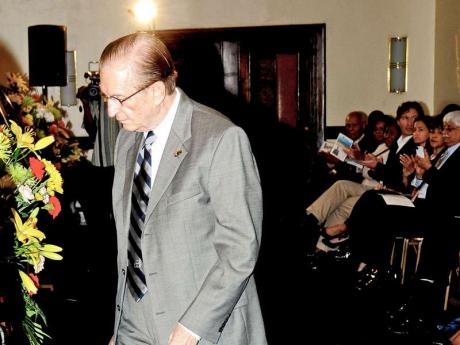 Chancellor Edward Seaga on his way to deliver the lecture. 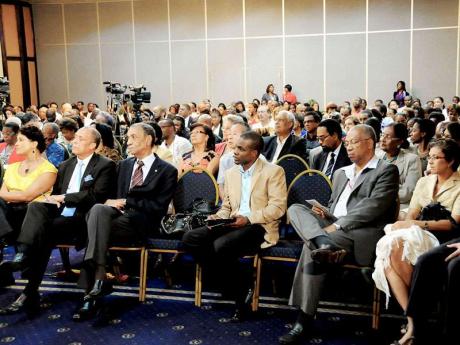 A section of the audience. 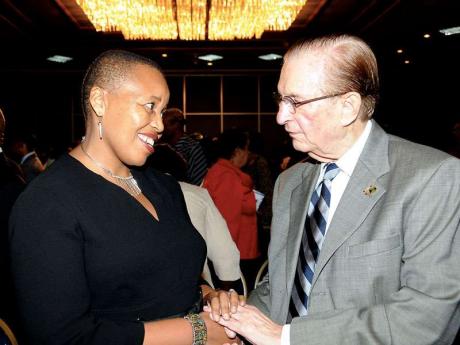 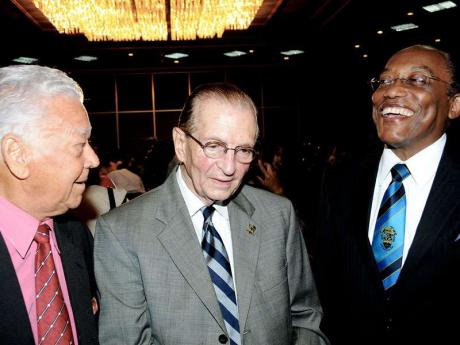 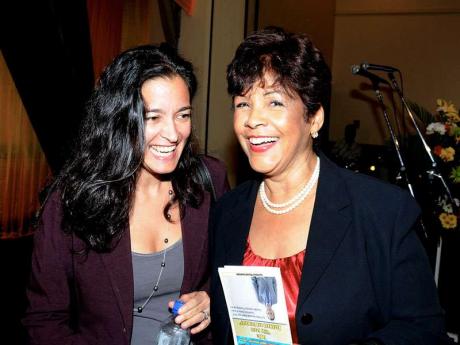 Dr Rebecca Tortello-Greenland (left) and Mitsy Seaga are all smiles at the event. 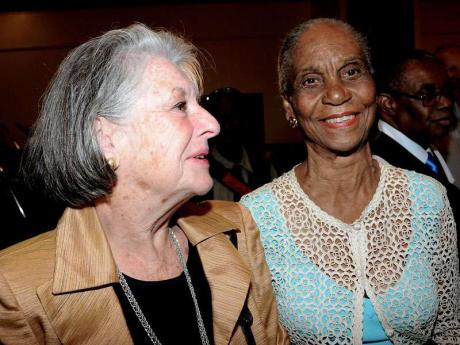 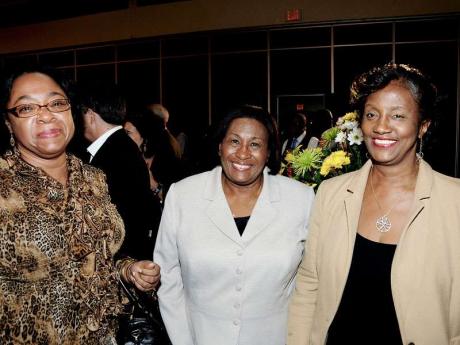 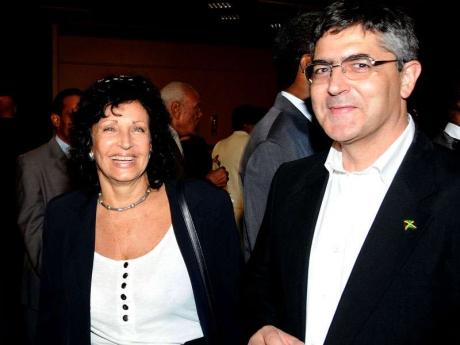 Jennifer Lim smiles for the camera with and Yuval Csillag. 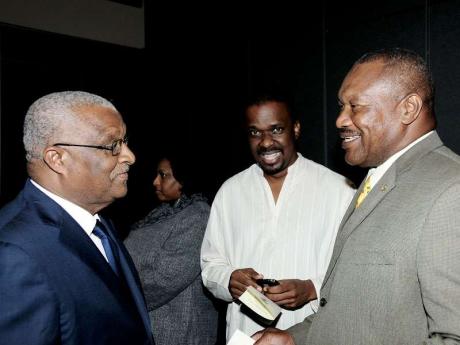 Usually ex-presidents and prime ministers, especially those voted out of office, make for very boring public speakers. This is so because convinced as they usually are of their own superiority, they speak in a language that is at best nebulous and sometimes fatuous, oblivious of the need to connect with their audiences who become surrogates, who spread the message.

So what should be a presentation that is more or less a dispassionate overview of not just their stewardship but a general overview of conditions impacting on their tenure, and the import of their stewardship on the current status and prospects is often shrouded in gobbledy-gook and revisionist paternalistic posturing.

Not so with former Prime Minister Edward Seaga, chancellor of the University of Technology (UTech). No surprises here, as in his distinguished life of public service, particularly as leader of the opposition and prime minister, Seaga made many enemies with his plain-speaking narrative. Over the years, he opted to call it as he saw it, as against indulging in tedium and crafting his conversation to curry favour with the majority.

So it was true to form that on Monday, March 12, at the 25th annual anniversary lecture of UTech, hosted at The Jamaica Pegasus hotel, Seaga's speech that was under an hour was so riveting, it seemed even less. He delivered a most inspirational speech on the topic, 'Fifty Years Backward and Forward', that was thought-provoking, as it contained a prescriptive model for moving forward. It earned him a standing ovation!

Dears, Seaga did not talk shop, he spoke from the heart and with the intellectual clarity, reasonableness and ease of conviction that it made for one of those coming of age moments!

Seaga has been one of the country's most polarising political figures in memory. With that footnote, however, is the fact that he took to the office of prime minister and opposition unswerving integrity and diligence that made him public enemy number one within the ranks of his own party. Some waged a war of attrition against their leader that continued long after his party was voted into opposition. They became fixated with replacing its very able and competent leader as against focusing their energy on positioning themselves as a viable alternative to the government!

So while the Jamaica Labour Party (JLP) preoccupied itself with discrediting its leader, this resulted with the People's National Party (PNP) securing an unprecedented four consecutive terms in government. This situation was regarded by many as depriving Jamaica and its politics of the discipline, fiscally, socially and culturally, that Seaga took to the table!

Alas, the fact that some in the JLP and their operatives conspired to deprive the country of Seaga's leadership, this action facilitated him transitioning from the political arena to the world of academia. And in his own inimitable way, Seaga, no longer a threat to their ambition, found a new platform from which he could contribute to the business of empowering. He continues to motivate and inspire fellow Jamaicans to search themselves and become masters of their own destiny and not mere bystanders in their own affairs!

And that my dears, was the beauty of the Chancellor's lecture. It was a call to arms! A call to end the cycle of maladministration and insouciance that has bedevilled and crippled the country's development and retarded the entrepreneurial will of the people over political administrations!

Dears, it was vintage Seaga at his analytic and prescriptive best, and his audience showed their appreciation, as this was a presentation sans the pompous recriminatory posture adopted by partisans. Seaga contends that there was enough blame to go around, but underlined the fact that the country, along with leaders and people, needs to make haste slowly in cauterising the retrogressive model of governance that is characterised by one step forward, two steps backward and the changing of the culture that sees all things foreign, as the panacea to our financial and social conundrum.

Dears it was standing room only as academia, leading members of the JLP old guard, students and your average Joe came together to hear the lecture.