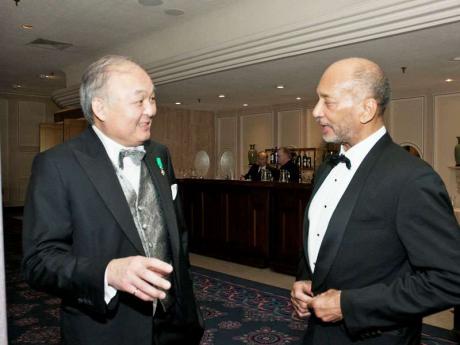 G.Raymond Chang (left), patron of the UWI Toronto Benefit Gala 2012 and Douglas Orane, executive chairman of GraceKennedy Limited, in discussion at the gala held at the Four Seasons Hotel in Toronto. - Photo by Eddie Grant 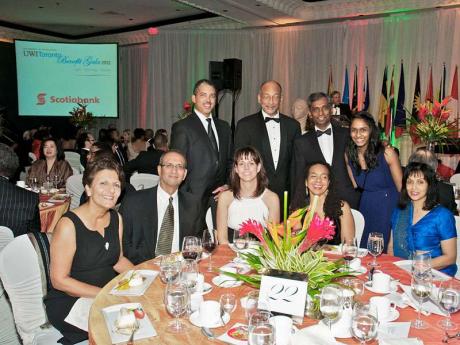 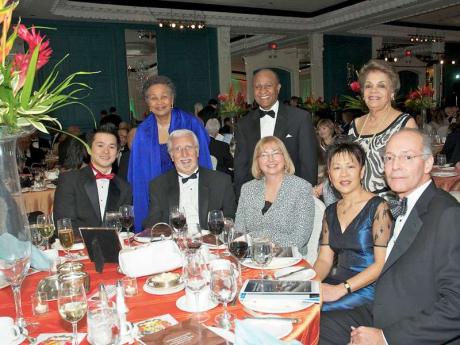 Some of the guests in attendance at this year's gala. - Photo by Eddie Grant
1
2
3

The University of the West Indies (UWI) Toronto third annual benefit gala, held on Saturday, March 10 at the Four Seasons Hotel, raised $300,000 for the UWI Scholarship Fund and the UWI Haitian Initiative that lends support to rebuild the tertiary education sector in Haiti and assist university students who need to complete their degree programmes.

Elizabeth Buchanan-Hind, executive director of UWI Institutional Advancement, says: "The University of the West Indies Toronto Gala 2012 was sold out for the third consecutive year. We are touched by the outpouring of support we continue to receive from the public and private sectors in Canada."

The gala in Toronto has occurred annually since 2009 under the patronage of honorary UWI graduate, Chancellor G. Raymond Chang of Ryerson University. The event is a natural extension of the Annual UWI Benefit Gala that has been held for the past 15 years in New York under the patronage of honorary UWI graduate, Dr the Honourable Harry Belafonte. Both events have become staple events for many Caribbean natives, as well as community and industry leaders.

The University Health Network (UHN) Toronto General, Toronto Western and Princess Margaret hospitals, as well as Toronto Rehabilitation Institute, represented by UHN president and CEO, Dr Robert S. Bell, was also honoured with the Chancellor's Award as an outstanding institution that facilitates postgraduate training for a number of UWI medical students in Canada, and for providing exceptional care to its communities.

The entire evening of March 10 at the Four Seasons Hotel explains why the gala is a highly anticipated event on Toronto's social calendar. Guests were greeted by a parade of the Muhtadi & International African Drummers and were later serenaded by the spine-chilling voice of Divine Brown. Masters of ceremonies for the event were award-winning journalist and diversity consultant Hamlin Grange and award-winning journalist Suhana Meharchand, host of CBC News Now. The moving speeches of award recipients and sponsors had the packed banquet room fall silent time and time again.

Lead chair, Scotiabank, represented by Sean Albert, managing director, Scotiabank Caribbean East, summed up the community nature of the event in his speech by saying, "Many of you will say that (your accomplishments) started with a dream and by hard work, you turned that dream into a reality." He continued, "Then perhaps, there was someone ... who spent just the right amount of time with you, covered some expenses for you, made a phone call on your behalf that allowed you to actualise your ambitions, and here we are tonight."

With such a strong Caribbean community in Canada, UWI has initiated a successful gala that will continue to strengthen the relationship between Canada and the Caribbean for years to come. Previous honourees include The Honourable Jean Augustine, Donovan Bailey, Michael Lee-Chin, The Right Honourable Micha'lle Jean and others.