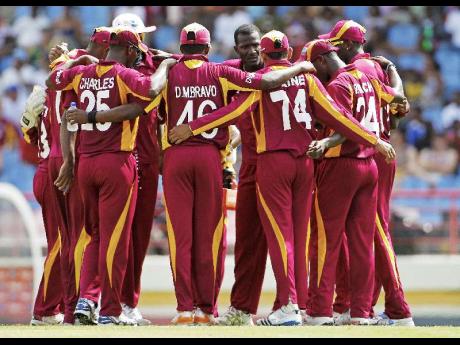 Already assured of at least a share of the spoils in the five-match series, West Indies say they will be going for the jugular against Australia when the final one-day international bowls off here today.

The Windies shocked the Aussies by 42 runs in Friday's fourth ODI to take an unassailable 2-1 lead in the series, and are now focused on pulling off their first series win over the visitors in 17 years.

Since the sensational victory, the country has been abuzz with excitement over the prospects of a series win for the home team and not even intermittent mid-afternoon showers here Saturday could dampen the anticipation.

And with self-belief in the squad soaring at the moment, batsman Kieron Pollard believes West Indies can climax the competitive series on a winning note.

"We will try to win the series 3-1. We are already up 2-1 and we cannot lose the series but we want to finish with a win. We have worked really hard to get here and we want to go all the way. The job is not yet done," said Pollard, whose 70-ball 102 was the catalyst of the Windies' victory on Friday.

"A series win against a higher ranked team like Australia would be great, not only for the players, but also for the fans who come out and support us.

"Hopefully on Sunday, we can go out there and do the job for each and every one of them. Their support means a lot to us."

West Indies have played before packed stadiums in the last three matches and it has made a huge difference.

Having lost the first match at Arnos Vale in St Vincent by 64 runs, the Windies rebounded to win the second at the same venue last Sunday by five wickets.

The final ODI of the tripleheader ended in a dramatic tie after the hosts came back from a near hopeless position.

Meanwhile, Australia captain Shane Watson said his side needed to improve for the final match if they were to avoid a series defeat.

The world's top-ranked team, the Aussies have struggled against a generally disciplined West Indies attack while their bowling has wilted under determined batting from the home side.

Watson admitted that his bowlers had not bowled to plan against the Windies batsmen in the fourth ODI as the hosts rattled up a very competitive 294 for seven.

"There was definitely a bit of individual brilliance from Kieron Pollard, there's no doubt about that. His striking was very impressive," Watson lamented.

"We didn't execute enough, didn't go to the plan to be able to make sure we were able to try and restrict him as much as we could," he added.