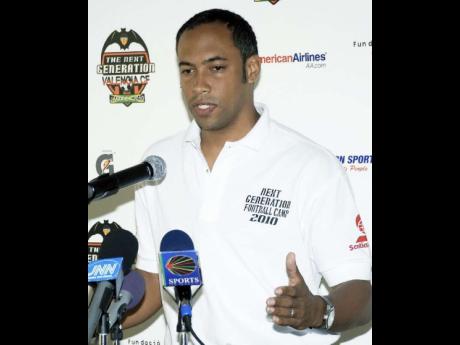 The third in the series of the Next Generation Valencia Club Football Camp is set to get under way on April 1 and run to April 5 at its new venue, the University of Technology Football Stadium. This year's staging will see the organisers fulfil a promise made three years ago to stage at least three such camps in the island.

The camp will again cater to two age groups: 7-11 years in the morning sessions and 11-17 in the afternoon sessions. Out of the 190 spots that are available to both boys and girls, 20 will be given to main sponsor Scotia, while the remaining 170 can be purchased by the general public at $15,000 each. The camp will be preceded by a one-day course on March 31st for 25 local coaches.

The organisers will also expand the outreach aspect of the programme with the help of title sponsor Scotia, which donated $3 million towards the staging of this year's camp, and through collaboration with entities such as BREDS and the Ballaz Camp with the staging of a one-day camp in Treasure Beach, St Elizabeth. The Treasure Beach camp, which will be held on April 7, will cater to 50 youngsters in the morning and coaches in the afternoon.

Apart from the camp's new home, a change will be made to the topics covered, as the organisers seek to remedy some weaknesses that have been identified with local footballers.

"We have observed that our players have a problem moving without the ball, so we have asked our coaches to address the off the ball movement and we have also asked the coaches to address creativity," Andrew Virtue, technical director of the camp revealed while speaking at the camp's media launch last Friday at the Spanish Court Hotel.

The camp has already borne fruit, as to date seven scholarship winners have earned places at Valencia Academy training camps in Spain, including Kaya Beckford, Martin Davis and Luca Levee who currently reside or have resided in Spain and trained with the third ranked La Liga team.

The Next Generation Sports Team in collaboration with Valencia and Scotia are looking to set up a football academy here in Jamaica, which they intend to establish before the end of the year.

"The likelihood for the camp is almost 100%, but I would want to inform you when the time is due; once we sign something we will let you know and the venue is almost a certainty as well," regional director of the Next Generation Sports Team, Victor Salazar-Chang, disclosed. "We are looking at September 2012 (to establish the camp) for the school year," he added.