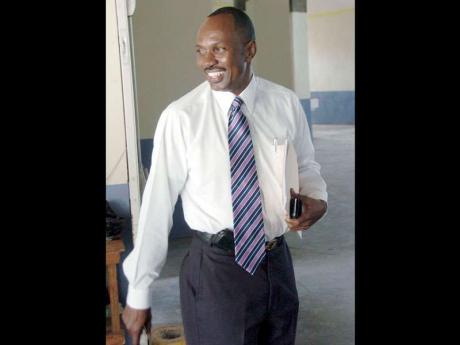 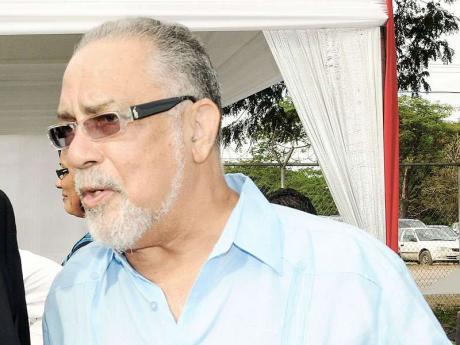 Jamaicans have excelled at sport long before the country became an independent nation in August 1962. George Headley stamped his class on world cricket, Arthur Wint won Jamaica's first gold medal at the Olympics and Lindy Delapenha displayed his prodigious talents in the British Football League.

Since the 1948 Olympiad, Jamaica has gone on to win 53 more medals at the Olympiads including an impressive six gold medals at the 29th Olympiad in Beijing, China. Conversely, since that time Jamaica, for reasons that have been largely unexplored, has done relatively little to capitalise economically on that sporting success with isolated efforts coming in fits and starts.

However, a process of change is about to begin with the emergence of a new company fuelled by an intention to fill the gaping void between Jamaica's immense sporting potential and its ability to benefit from it.

"For years, we have not had a structured sports event management entity that can really meet the demands on a global level for promoting sporting events. Therefore, Sports Innovators Group (SIG), has been set up to fill that void, and we are using the 50th year of our independence as an excellent stepping stone to seeing how successful this sort of company would be because while they are successful in other parts of the world, Jamaica is peculiar. Jamaica might not wish to have a sports management unit, but we think that the sporting associations need to have, ancillary to their activities, agencies that can look after the management, promotion and staging of events in a professional manner," said Howard Hamilton, one of the partners of this newly formed agency.

Hamilton has an extensive background in sports. He was instrumental in introducing 'night cricket' to Jamaica at the National Stadium in the late 1970s and was also actively involved in Shell Shield cricket back then as well. He helped start the Sport Development Foundation and today he is heavily involved in horse racing. He feels time has long come for Jamaica to start managing its sporting prowess differently.

"I started doing a cricket festival years ago in the late 1970s. That was an innovation that should have continued but it takes somebody to drive it. A company like SIG could take an event like that and manage it and do it annually or as often as they wish, that's the kind of things we're looking at," he said. "There are other events too, like boxing, there's a whole range of events that we can do in association with the (sporting) associations who might not have the expertise and who might not be able to get the kind of sponsorship we can, hopefully, get."

Hamilton's partners are Paul Campbell, an entrepreneur and former president of the Jamaica Cricket Association, attorney-at-law Walter Scott, Alva Anderson, and economic adviser Eugene Stanley. As their first project, they will stage the T20 Jamaica 50 Classic that is to be staged August 18 and 19. The Classic will feature local, regional and international cricketers.

The idea, he said, was sparked by the thinking of doing something special for Jamaica's 50th anniversary celebrations in conjunction with a Caribbean neighbour that has similar plans.

"You know that Trinidad and Tobago is also celebrating their 50th anniversary and they intend to have a cricket festival also. We have been in contact with them about doing a Jamaica-Trinidad type of activity on the Saturday and the Sunday at Sabina Park, a T20 kind of activity and all the entertainment and things that go with that," Hamilton said.

The T20 Jamaica 50 Classic has already been endorsed by the Jamaica 50 Secretariat that has been tasked to organise the celebrations around the landmark anniversary, the Jamaica Tourist Board, the Trinidad and Tobago Cricket Board and the West Indies Cricket Board, as well as the ministries of culture and sports. They are also confident that they will be able to work productively with the Jamaica Cricket Association (JCA) on the project.

Robert Bryan, who heads the secretariat, said endorsing the Classic was a no-brainer.

"Jamaica 50 has endorsed the event because it celebrates Jamaica's 50th and recognises Trinidad 50th and they have been a key development partner of Jamaica over the years, also that it is commercially developing a critical area of sports, cricket, and it is a great activity to mark the celebration between two Caribbean giants," he said.

Bryan, who successfully organised the Cricket World Cup and the T20 World Cup here in the Caribbean, said the event has great possibilities and he hopes the owners of the event have in mind the economic potential that it has for Jamaica.

The partners at SIG, however, are not limiting their focus to just cricket. Their view is a much broader one.

"This cricket thing is not going to be annual. It's going to be more than annual. We will be looking throughout the year at several sporting activities that need the level of promotion, level of involvement that our group could provide it with," Hamilton said, adding that it is time Jamaica starts to tap into the island's immense potential in sport. "I just came back from overseas (Asia) and everywhere I go people were talking about Usain Bolt and Bob Marley and what are we doing about it?"