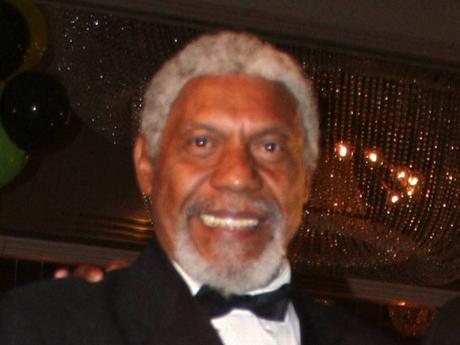 It is indeed sad to hear the allegations now being levelled at the People's National Party (PNP) about the allocation of jobs to its supporters. It is not surprising but, nevertheless, disappointing that the practice continues to plague us. Both the PNP and Jamaica Labour Party (JLP) have been favouring their supporters, ever since our people had a vote.

Prior to Independence, this partisanship was not noticeable, because the beneficiaries then were mainly the unskilled who lacked employment opportunities. After Independence, the decision by both parties to make appointments based on support of the governing party created the suspicion that these were not necessarily meritorious. The word 'corruption' was beginning to rear its head.

By the 1970s, when the PNP announced a departure from the normal evolution, it clearly sought to place disciples in governmental service. Because the PNP enshrined this policy during its tenure, the JLP, in 1980, despite its declared attempt to avoid partisanship, perpetuated the policy. It removed the PNP's disciples and replaced them with their supporters. Needless to say, the pattern continued when the PNP regained power in 1989, and because the party remained unusually long in office, by 2007, when the JLP returned to office, the PNP had so many supporters who were hoping to return to positions that they had grown accustomed to.

Put parties out to pasture

Recently, it struck me that the views I expressed in my article 'An alternative path to development', published in The Gleaner in August 1992, must, in part, have been influenced by the divisive impact of this policy, among others. The thrust of this article aimed at the Westminster system which I observed was weakening nation-building. My proposed substitute was a system of governance that would minimise this irritant. Next, I did a condensed version titled 'Do not exclude the masses', published in May 2009.

What those articles posited, among others, was the retirement of both parties. At first, this sounds heretical, but a serious analysis - even by the party members themselves - should convince the society that a respectful demise would be in the national interest! We haven't the luxury of dividing a people that we need to build our nation. Never mind that the developed countries have that system; they can afford it.

That was what I proposed 20 years ago, and still hold to that approach today.

With diminished resources, neither party can provide any meaningful improvement to the nation. It is time that we get serious about change. It cannot be enough for us to endure this cycle of mismanagement by both parties who refuse to admit to the people - and to themselves - that they have no answers to our problems. They must know this.

It is clear that this is a game for bragging and other privileges for the parties. Except for personnel, they are no different. The majority of our people get left out of the lasting development that is so essential to growth.

The recycling of old habits is not lost on the overseas Jamaican community. Although this community is ageing, it remains an important source for recovery, if handled properly. Since the 1950s, when large migration of our people started, our Jamaican managers should have seen the potential that remittances could have for our development at home. Admittedly, it was not until the '70s, when our traditional resources vanished, that our borrowing and begging abroad forced us into debt repayments.

Decades later, this community still presents an opportunity, if an official programme is properly designed by our managers. The same damage that division has wreaked on the home front has unquestionably affected expatriates. The passion they once shown to invest their finances in Jamaica has waned. To revive it, an example of togetherness at home is essential.

Unfortunately, at this stage, I do not believe a single party in government can garner the full support of this resource. It takes a believable change of attitudes by the political parties, as well as the society there, to mobilise the community overseas.

In this year of celebration, I urge those in Jamaica who have the courage to halt the accelerating break-up of our nation into two groups, and to coalesce to forge a new beginning.

Allan Alberga was admitted to the Jamaican Bar in 1970 and to the Georgia Bar in 1991. He has been practising in Atlanta since. Email feedback to columns@gleanerjm.com.