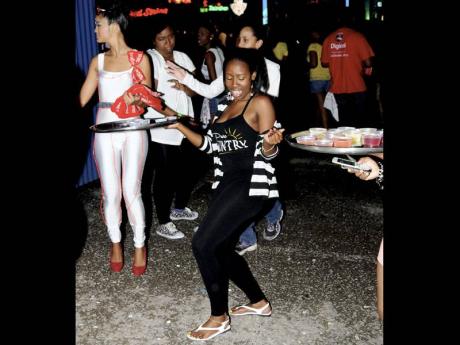 Everybody, even those serving drinks got into the party at Bacchanal Jamaica's Bacchanal Fridays at the new Mas Camp, Stadium North last weekend. 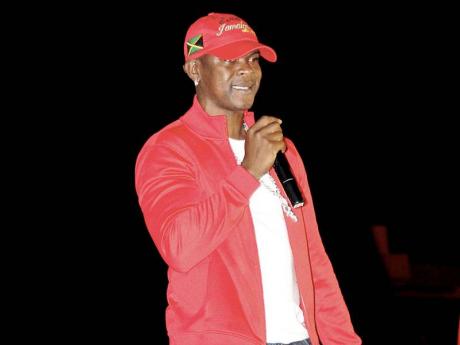 Mr Vegas speaks to the audience during a cameo performance at Bacchanal Fridays. - Winston Sill/Freelance Photographer 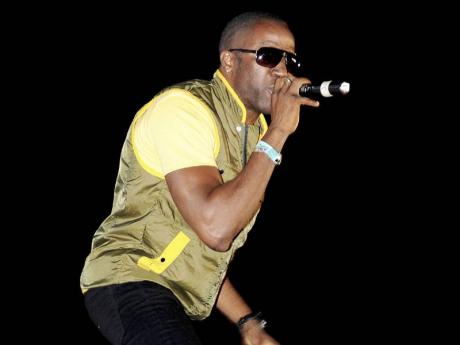 Just one of the occasions when Shurwayne Winchester came to the stage. - Photos by Winston Sill/Freelance Photographer 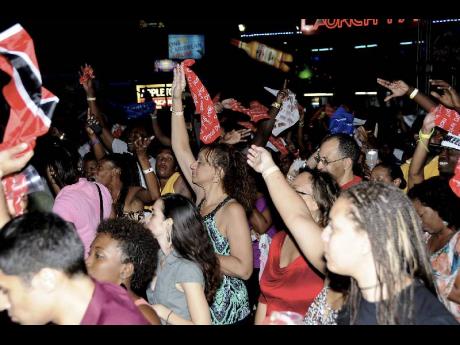 Everybody, even those serving drinks, got into the party at Bacchanal Jamaica's Bacchanal Fridays at the New Mas Camp, Stadium North, last weekend. - Winston Sill/Freelance Photographer 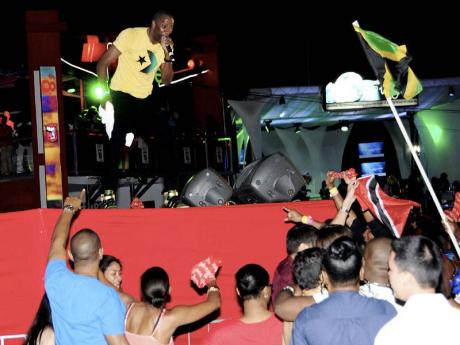 Shurwayne Winchester and the crowd interact.
1
2
3
4
5

Bacchanal Future Shock hosted at the New Mas Camp last Friday was a night of non-stop entertainment. Guest performer Shurwayne Winchester delivered a solid hour of global hits that had the audience engaged for his entire performance.

Mr Vegas also did much in the way of keeping the party spirits high after a cameo where he performed Bruck It Down to rousing response.

Vegas also invited a few brave patrons on stage to challenge each other in a 'Bruck it Down' dance-off.

ZJ Bambino took over and played songs such as Miss Behave by Fay-Ann Lyons and Stamp On It by Machel Montano. The patrons loved the selections and while some jumped and waved, others danced while sipping beverages from very large cups.

Digicel, one of the sponsors of Bacchanal Fridays, also joined the party, giving away Coral phones.

Shurwayne Winchester made his entrance, telling the audience he was involved in an accident.

"I have a little injury, but for Jamaica I have to perform," he said

The artiste then sang Wining Addiction and Guh Dung by Lil' Rick. By this time, Winchester already had patrons punching the sky and throwing rags into the air.

Then Winchester announced that it was time for some dancing and began to sing Grind On Me and the '90s classic Work It.

Patrons appeared to be better acquainted with Winchester's older hits and so, the master entertainer sought to teach them some of his new material.

"If you do not know these songs pretend you know it," he said and went on to perform DJ Khalid's Win Win and Rihanna's Cheers.

However, the biggest response during that segment was during the performance of Sizzla's Get To the Point and Mavado's Wey Dem A Duh.

"Shurwayne is an entertainer. We play music for one and all," he said.

Winchester limped on stage a few times and sought the assistance from his backup singer to perform certain songs.

However, for the majority of his set, he was very energetic and still managed to get the audience jumping despite his injury.

Toward the end of Winchester's performance, he created a mini-water party inside Mas Camp.

"If you ready for water express yuhself," he shouted before throwing a bottle of water to the patrons.

The audience was in the mood, spraying water in the air as Winchester performed songs like The People Want Water and Dead or Alive.

After a solid hour of soca music, Winchester made his exit and the DJ played The Vibes Cyah Dun. But it was over. It was 2 a.m. and sadly, patrons had to go home.