Bouncing back in a big way 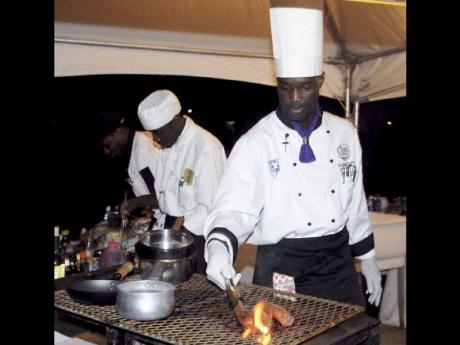 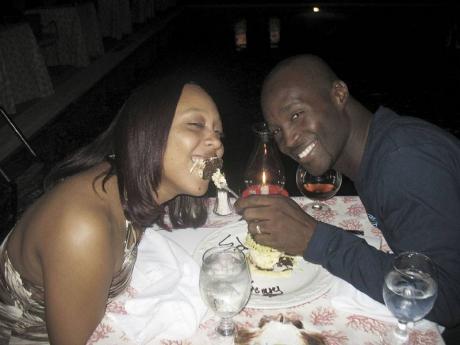 Witcliffe Doyley has known failure, but now he can bask in the glow of success and enjoy the rewards of hard work and determination. Today he is a full-time lecturer at the University of Technology, a Culinary Institute of America programme student through HEART/NTA, has an MBA and is a businessman. All this after failing all but one of the five CSEC (then CXC) subjects he sat in his final year of high school.

The then Kingston Technical High School student received four grade-four and one C-. As an athlete doing relatively well in table tennis, football and track and field, he told Flair that none of those activities contributed to his failure.

"It was my shadowed vision which propelled me in one direction. The need or desire to have many schoolgirls kept me basking in everything besides school work. I was always interested in academic studies; however, that interest was superseded by my desire to just have a good time with as many high-school girls as possible."

He told Flair that after receiving his results he literally did nothing. "My mother kept asking 'what will you do now? And I kept saying, 'Mommy I'm not sure.'The 'lightbulb moment' came for Doyley through a most unlikely event. "One day a Courts delivery van came to the house to make a delivery, and I can clearly recall all the family members rejoicing - some jumping on the bed, others outstretched on comforters or other furniture. As I noticed the bliss and joy it brought them, I just could not partake in their jubilation. I eventually broke down in tears because in those moments I decided to take control of my life."

Remembering an advertisement he had seen in the newspaper about HEART/NTA, he kept thinking of going there. He had majored in home economics for his final two years in high school, so it seemed a natural course to move on to food preparation. Two weeks after he visited the institution, he received a call congratulating him as a new student at the Runaway Bay HEART Academy in St Ann.

At the academy, he discovered that he had a flair for cooking, and after graduating from the academy, got a job at Chef's Restaurant in Marescaux Plaza. While Doyley was relatively comfortable in his new job, he had a burning desire to do more and achieve more.

He began searching the career section of The Sunday Gleaner and eventually found the opportunity he had been looking for. At the age of 21, he became a catering matron at St Hildas' High School for Girls, responsible for 47 staff members. "It was at that time that I started to develop my experience in management principles and an appreciation for working with people of different ages. I trained and retrained the staff. About six months later, all I could hear was 'you are truly a professional - the staff is well motivated and meals are prepared on time'."

But Doyley still desired more, and after two years he moved on. He again went to the papers and got the position of catering manager at Church Teachers' College.

As Doyley interacted with the students in the Home Economics Department answering, their questions about the discipline, he was asked if he had ever considered education as a career. "The operations manager saw my potential and encouraged me to the point where she covered some of my shift activities while I attended evening classes." Over a period of two years, he resat and passed his CSEC subjects through an evening programme at Manchester High School.

Doyley recently completed his master's in business administration and lectures in the tourism and hospitality department at what he considers one of the best tertiary institutions in Jamaica.

Ever since he was a child, his dreams have been of operating his own chain of restaurants or catering company. And today, he does in the business he operates jointly with his wife, Audria. Birds of a feather flock together, as his wife teaches home economics at St Andrew High School for Girls and has also completed the American Culinary Institute Chef de Cuisine (level 2) programme at HEART Runaway Bay. Doyley's Catering Service caters for weddings, parties and other social engagements.

"I now trust God to take me through the other hurdles and stages of my life as I embrace His words 'occupy till I come'," he said.