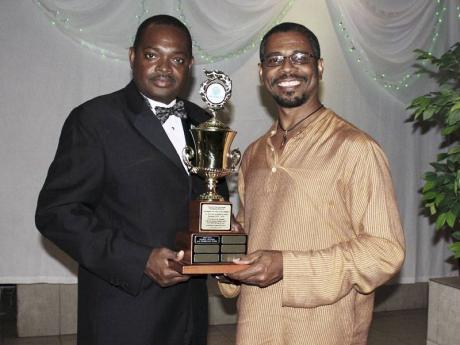 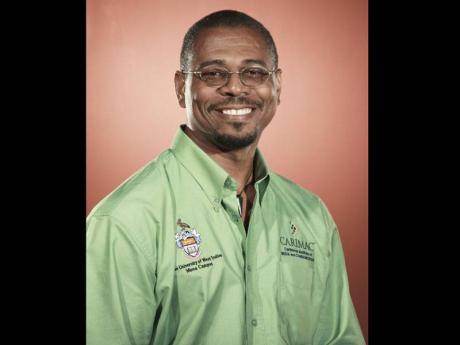 He will tell you that he never works for awards. But, rewarding him comes easy because of his passion for working to improve the lives of children.

Optimist International's Patrick Prendergast is the Caribbean's Optimist of the Year for 2010-2011.

Immediate past governor (IPG) Joseph Benfield recently presented him with the prestigious Judith Reid Trophy for making the greatest impact during the year. It is the second time the award is being presented and is a tribute to a very hard-working past governor and a tremendous optimist, the late Judith Reid.

Humbled by the honour, the lecturer and coordinator at the Caribbean Institute of Media and Communication (CARIMAC), western Jamaica campus of the University of the West Indies, Mona, admits to recognising that rewards do come with hard work. "And when they do, we have to embrace them wholeheartedly," he told Flair.

"This is an award that underscores the essence of Optimism - finding innovative ways to overcome adversities, serving children at the best of one's abilities, going the extra mile to make the movement responsive to the needs of our children, and ensuring that volunteerism remains a noble and viable way to protect the future of the region."

Prendergast, who is currently one of 13 lieutenent governors in the Caribbean district, is a trained and accomplished television producer, director, writer and actor. He has honed his skills and is now an internationally recognised development communication specialist.

Even with his numerous accomplishments, an award was farthest from his mind. But his work speaks volumes in the eyes of his counterparts.

According to IPG Benfield, Prendergast who participated in the Personal Growth and Involvement programme, was also a strong proponent for others to use the programme for personal improvement and especially promoting increased knowledge of the movement such as reading the Optimist books.

He added that Prendergast did a fantastic job as director of communications and was invaluable in his role of keeping the district focused and energised.

Prendergast has contributed hundreds of hours to community service projects, and most times his wife and children were also active participants.

One of the club's major projects was their second annual health fair. "Patrick engaged the children by creating a 'pickney village' - a dedicated area on the grounds of the fair where the children could sit and listen to stories, get their faces painted, enjoy treats and play games throughout the day," recalls club president Marc-Maurice Frankson.

Another major project in which Prendergast was very instrumental was in the creation of a reading room for the Marie Atkins Basic School. "Patrick took along his wife and children to participate in the painting and making of bookshelves for the school," adds Frankson.

There remains no doubt he was born to do the job he is doing by changing lives. With only four years as an Optimist under his belt, Prendergast is credited for creating an Internet safety programme which, with the help of mobile giant Digicel, brought live Internet into the classroom and demonstrated some of the dangers of using the Internet.

One of the most important steps he has taken to date was by raising the profile of the movement by pioneering a new District Service Programme - 'I am an Optimist Day'.

"I am particularly proud of that initiative, which calls for all Caribbean Optimists to publicly declare their optimism in whatever form they desire. For example, those who use Internet-based or wireless technologies would change their email, BBM or Facebook status to the district logo and write a simple statement, stating 'I am an optimist because ... ," he tells Flair.

The initiative was so successful that last year, companies took out print advertisements supporting the Optimists who work for them. "We had Optimists doing radio and television interviews talking about their work as volunteers; and we had optimists wearing district paraphernalia as part of recognising the day. We hope to see that public declaration again this year on March 31," stated Prendergast.

The greatest joy for him as an optimist he notes is to see a young person develop self-confidence and demonstrate an eagerness to even take on leadership responsibilities.

"Or when a young boy or girl is exposed to something new and you can see the light bulb of possibilities going off in their heads and hope just sparkles from their eyes. That's when these awards really mean something."