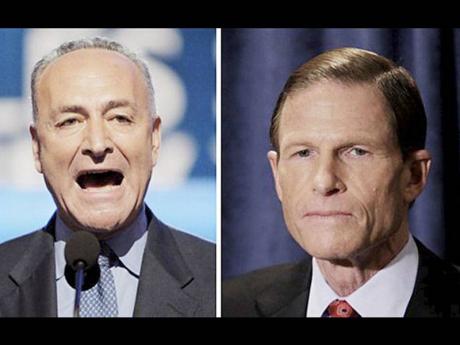 Troubled by reports of the practice, Democratic Senators, Chuck Schumer of New York and Richard Blumenthal of Connecticut said they are calling on the Department of Justice and the US Equal Employment Opportunity Commission to launch investigations. The senators are sending letters to the heads of the agencies.

The Associated Press (AP) reported last week that some private and public agencies around the country are asking job seekers for their social media credentials. The practice has alarmed privacy advocates, but the legality of it remains murky.

Last Friday, Facebook warned employers not to ask job applicants for their passwords to the site so they can poke around on their profiles. The company threatened legal action against applications that violate its long-standing policy against sharing passwords.

Not the 'right thing to do'

A Facebook executive cautioned that if an employer discovers that a job applicant is a member of a protected group, the employer may be vulnerable to claims of discrimination if it doesn't hire that person.

Personal information such as gender, race, religion and age are often displayed on a Facebook profile - all details that are protected by federal employment law.

"We don't think employers should be asking prospective employees to provide their passwords, because we don't think it's the right thing to do. While we do not have any immediate plans to take legal action against any specific employers, we look forward to engaging with policy-makers and other stakeholders, to help better safeguard the privacy of our users," Facebook said in a statement.

Not sharing passwords is a basic tenet of online conduct. Aside from the privacy concerns, Facebook considers the practice a security risk.

"In an age where more and more of our personal information - and our private social interactions - are online, it is vital that all individuals be allowed to determine for themselves what personal information they want to make public and protect personal information from their would-be employers. This is especially important during the job-seeking process, when all the power is on one side of the fence," Schumer said in a statement.

The senators also want to know whether two court cases relating to supervisors asking current employees for social media credentials could be applied to job applicants.

"I think it's going to take some years for courts to decide whether Americans in the digital age have the same privacy rights" as previous generations, American Civil Liberties Union attorney Catherine Crump said in a previous interview with the AP.

The senators also said they are drafting a bill to fill in any gaps that current laws don't cover.