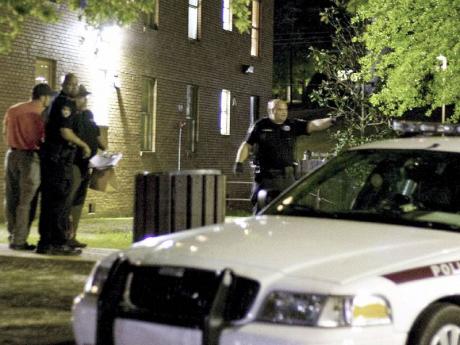 A 21-YEAR-OLD student was shot to death in a Mississippi State University dormitory, though the killing appears to be isolated and there is no indication others may be in danger, officials said Sunday.

University president Mark Keenum said Sunday in a statement on the school's website that the killing of 21-year-old John Sanderson of Madison, Mississippi was the first time a student had been shot on the campus. Keenum said officials could reveal few other details because of the ongoing investigation.

University spokeswoman Maridith Geuder said police received a call about the shooting at Evans Hall around 10 p.m. Saturday. Sanderson was taken to Oktibbeha County Hospital, where he died.

Three male suspects fled the building in a blue Crown Victoria. No arrests have been made.

Shortly after the shooting, the university began sending a series of text message alerts to students. Police officers stepped up patrols to make sure the campus was safe, Keenum said.

The four-storey Evans Hall holds about 300 male students and is located on the north side of campus. The campus of about 20,000 students is located in a rural area in the northeastern part of the state, about 125 miles northeast of Jackson.

The school's website said the campus is located in a low-crime area, and that emergencies are rare.