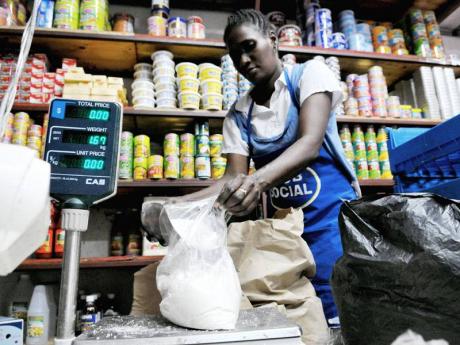 An employee of a wholesale store in downtown Kingston weighs bulk flour for sale. According to Joseph M. Matalon, GCT exemptions offer more benefits to the wealthy and middle class than Jamaica's poor. - File 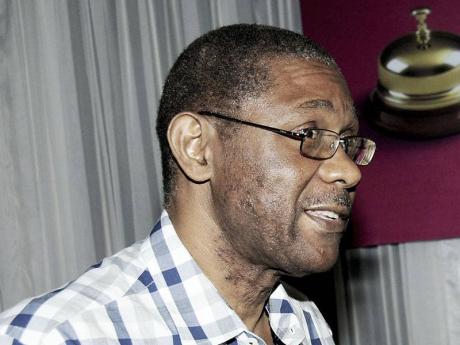 "Part of the problem with the tax reform, and certainly where the proposal of the private sector is concerned, is whether there is the political will to deal with some of the issues," Jackson said.

He was speaking at a meeting of the Institute of Chartered Accountants of Jamaica secretariat on Saturday.

Last month, the PSWG on tax reform revealed 145 proposals which it says could raise some $7.3 billion in new taxes for the Government.

"One hears nonsensical talk about not putting GCT on basic food items, but that's a rubbish argument. The proposal is not to deprive poor people of their resources; it is a change to the system in how we operate the application of GCT," Jackson explained.

"What the proposal indicates is that the level of subsidy that the Government has given to wealthy Jamaicans is something like 20 billion dollars. In fact, poor people have provided that subsidy to wealthy people while they consume one or two billion dollars," Jackson argued.

He said applying GCT across the board and implementing a system where the poorer Jamaicans receive direct state assistance would lead to a more efficient system - a levelling of the playing field.

"(The Government) could provide a system where people who are at the lower level of the income scale end up getting a direct benefit in whether cash or PATH or food stamps, whatever you want to call it. It is a more efficient system from a tax collection standpoint and it allows people who can afford it to pay their fair share of taxes," Jackson said.

A parliamentary committee is scheduled to send a report to the House of Representatives on proposals for tax reform next month.

The committee received submissions on a Green Paper which is proposing that GCT be reduced from 17.5 per cent to either 15 per cent or 12.5 per cent, while at the same time widening the base and reducing the number of items which are currently exempt from GCT.

Among the proposals are that food items should be considered for possible taxation and that accompanying measures to enhance social expenditure should be developed.

The PSWG has made similar proposal in relation to GCT on basic food items.

In a December 2009 Christmas tax package, then Finance Minister Audley Shaw applied taxes to items and service which had not previously attracted GCT. Salt, sugar, flour, rice, oats, noodles, tin mackerel, syrup, patties, biscuits, bread, children's crayon books, the cane for the blind, sanitary napkins and tampons, and dozens of other items and services were subject to GCT.

Shaw rolled back the proposed taxes after mass public outcry.